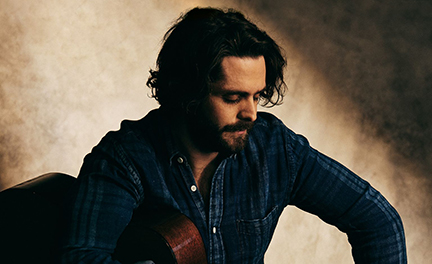 Reigning ACM “Entertainer of the Year,” Thomas Rhett, is set to release his fifth studio double album, COUNTRY AGAIN: SIDE A. on April 30. Fans can pre-order the album HERE beginning today and will instantly receive two new tracks, “Want It Again,” and “Growing Up.”

“Country Again: Side A is everything I wanted to say when I was 19 years old, but hadn’t lived enough to know how to say any of those things yet,” Thomas Rhett shared. “It’s about the crazy journey that took me out into the world over the last ten years and ultimately brought me back home, more centered and content than ever, with a deep understanding for what’s important in life. I’ve had a blast sharing some of these songs in their acoustic form during quarantine and am blown away by the reaction the fans have already shown.”

With SIDE B planned for release later this year, COUNTRY AGAIN: SIDE A is entirely co-written by Thomas Rhett and is the result of a return to his initial inspirations as a young songwriter with a new perspective that comes from the challenges of 2020 and life in-between. It’s a musical and thematic return to roots for Thomas Rhett, an embrace of the sounds, stories, and methods that drew the superstar singer-songwriter to country music, yet required ten years of life experiences to have the perspective to write them. From the introspective title to track to personal moments like “To The Guys That Date My Girls,” a heart-stopping ode to his daughters and the rawness of grappling with the death of a close friend on “Heaven Right Now,” Thomas Rhett reaches new creative heights blending his penchant for authentic songwriting and current state of mind.

Music editor for Nashville.com. Jerry Holthouse is a content writer, songwriter and a graphic designer. He owns and runs Holthouse Creative, a full service creative agency. He is an avid outdoorsman and a lover of everything music. You can contact him at JerryHolthouse@Nashville.com
Previous Richie McDonald Exits Lonestar Joins Frontmen Full-Time
Next Casey Driessen Explores The World In “Otherlands”