Your General Jackson Showboat lunch or dinner cruise lets you experience the Nashville skyline as it can best be seen from the beautiful Cumberland River.

While “rollin’ down the river,” you’ll enjoy stunning views, a delicious meal freshly prepared by our chefs and toe-tapping entertainment in our two-story Victorian Theater in the center of the boat.

One of the largest showboats ever built, the grand General Jackson Showboat is an elegant triumph of American ingenuity. With its elegant lacy filigree and stately design, the boat is reminiscent of the opulence of the American Victorian era.

Showboats have long been a colorful part of our nation’s history, and this most unique Nashville attraction epitomizes the grace and grandeur of the Old South.

The General Jackson Showboat is named after the first steamboat to operate on the Cumberland River in 1817 which was named after President Andrew Jackson, whose historic home—The Hermitage—is 15 minutes from the dock.

Built by the largest inland shipbuilder in the United States, Jeffboat, located in Indiana, the General Jackson was launched on the Cumberland River on April 20, 1985.

*Please note that firearms and any type of weapons are not allowed aboard the General Jackson Showboat. 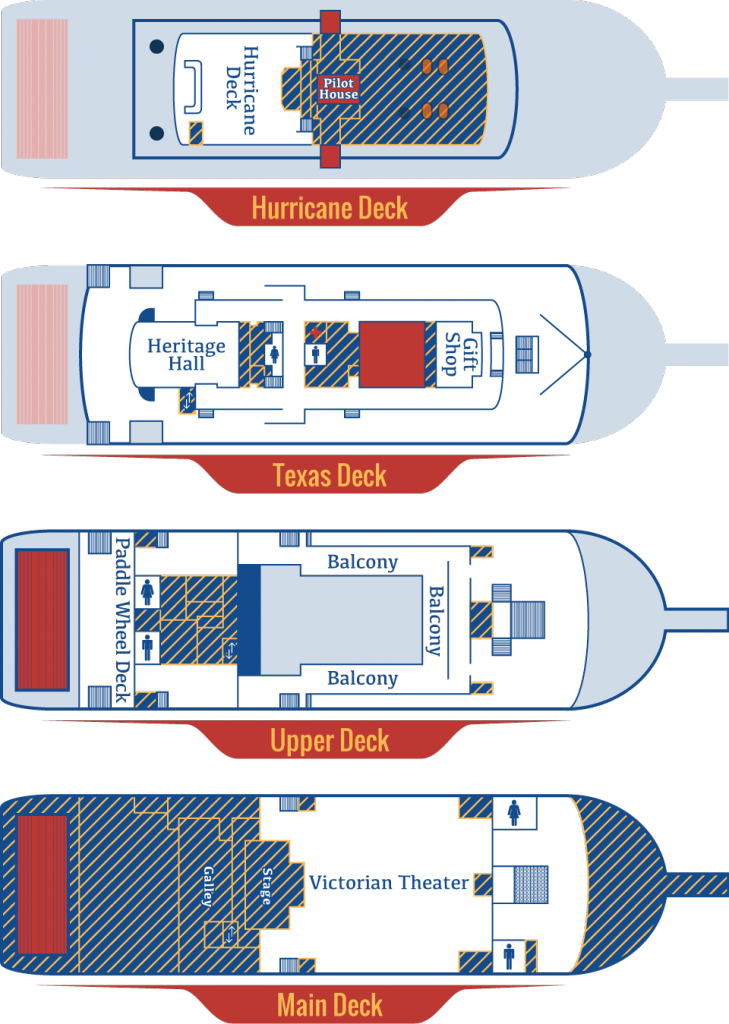