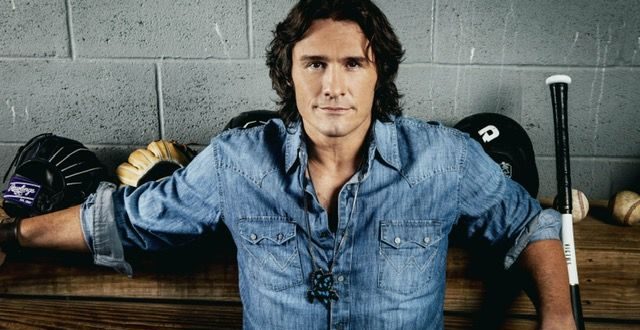 Set against the backdrop of empty baseball stadiums and desolate sports imagery, the poignant lyrics of “Home Run” take center field in Joe Nichols’ the official lyric video for the song. Fans can also catch a quick cameo from Nichols’ own mother in the video.

“ ‘Home Run’ is a universal story and one that we’ve all been going through over the past year and a half. It’s about getting back to your roots and reconnecting with the things that are truly important in life – like being able to hug a loved one that you haven’t seen in a year,” said Nichols.

“Home Run” was penned by award-winning songwriters Ashley Gorley, Dallas Davidson and Ross Copperman. The song marks Nichols’ first new music since his 2018 EP, Never Gets Old: Traditional Country Series, and the first music since reuniting with veteran label head Benny Brown with whom Nichols enjoyed two multi-week No. 1 singles, the RIAA Gold-certified hits “Yeah” and “Sunny and 75” from the critically-acclaimed album, Crickets.

Nichols is currently in the studio recording his inaugural full-length album for Quartz Hill Records, reuniting with acclaimed music producers Mickey Jack Cones and Derek George, who helmed Nichols’ Crickets. Cones also produced Nichols’ follow-up album, Never Gets Old, which was named one of All Music’s “ Favorite Country Albums of 2017” alongside projects by Willie Nelson, Margo Price and Chris Stapleton.

Music editor for Nashville.com. Jerry Holthouse is a content writer, songwriter and a graphic designer. He owns and runs Holthouse Creative, a full service creative agency. He is an avid outdoorsman and a lover of everything music. You can contact him at JerryHolthouse@Nashville.com
Previous Ty Herndon Announces Concert For Love And Acceptance Date
Next Grand Ole Opry Returns To Full Capacity