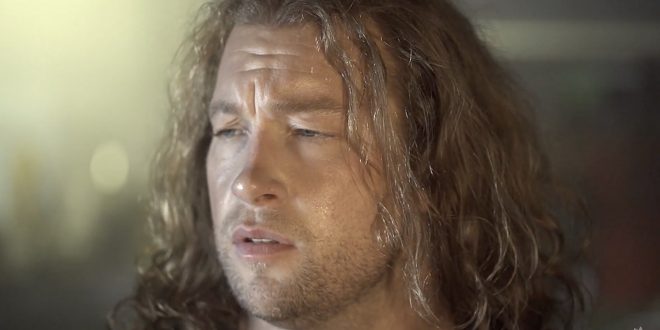 Today, country-rock artist Cory Marks released his new EP Nashville Nights via Better Noise Music. The rock-tinged outlaw country collection is a follow-up to Nashville Mornings, the more traditionally country-leaning EP that Marks released earlier this summer. As a companion piece, the new Nashville Nights EP instead focuses on the critically acclaimed artist’s dynamic rock influences, having a track listing filled with anthems about being true to oneself and the high-stakes emotions that came along with living life and falling in love. It adds high-octane production to Marks’ signature songwriting, which is rooted in the Nashville way of storytelling, backed by his experiences coming of age in Canada. The full track listing can be found below for Nashville Nights, which is now available for stream or purchase.

To celebrate the release today, Marks premiered an official video for one of the project’s tracks: “In Me I Trust.” The visual brings to life the booming, anthemic essence of the song, allowing Marks to channel the passion he brings on stage as he gears up for tour dates in the coming weeks. Watch the video above.

Marks celebrated the release of the EP, stating, “This is a sequel to my last EP Nashville Mornings, except this time I show off my rock influences. I always want to make sure that I’m showcasing all artistic sides of me, and I’m happy that I found a new way to share both of these sides with fans with these two collections of songs. These tracks are meant to fill your Saturday nights with fun and rock ‘n’ roll. Party on and see you out on the road!”

Marks will be heading out on select tour and festival dates in the coming weeks.

In April, Marks released an official video for “Blame It on the Double” featuring Tyler Connolly of Theory of a Deadman and praised guitarist Jason Hook that includes footage from the upcoming horror-thriller film THE RETALIATORS (from Better Noise Films). The track is set to appear on its original soundtrack, which also features some of the biggest names in rock, including Tommy Lee, Five Finger Death Punch, Papa Roach, Escape The Fate and more. Marks will make his onscreen debut via a special cameo in the film.

THE RETALIATORS is set to make its world premiere at Arrow Video FrightFest 2021 in London on August 30th. For more information on the festival and tickets to the screening, visit: http://www.frightfest.co.uk/.

NASHVILLE NIGHTS EP Track listing:
In Me I Trust
Outlaws Original
Good To Be Us
Keep Doing What I Do
Devil’s Grin
Blame it on the Double (Live)
Drive (Live)

Music editor for Nashville.com. Jerry Holthouse is a content writer, songwriter and a graphic designer. He owns and runs Holthouse Creative, a full service creative agency. He is an avid outdoorsman and a lover of everything music. You can contact him at JerryHolthouse@Nashville.com
Previous Opry To Partner With The Community Foundation To Raise Money For Flood Victims
Next PREMIERE: Shane Owens’ “Music Man”