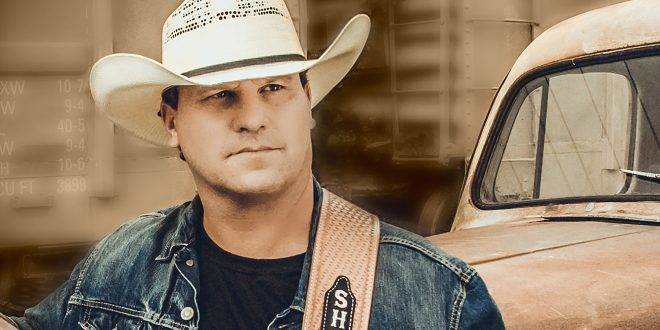 Alabama native Shane Owens made his Grand Ole Opry debut in 2017. His powerful vocal range combined with the emotional lyrical content of his songs has made him a favorite of fans, critics, and fellow artists alike. After starting his career opening shows for dozens of major stars, the baritone performer attracted the attention of Nashville music executives, and he soon landed a record deal. However, with all the changes in the music industry at the time, his album was shelved and never released. Just like the ‘Never Give Up’ mantra of his lyrics, Owens picked himself up and moved on, thanks to famed producer James Stroud (Tim McGraw, Aaron Lewis, Clint Black), country music legend Randy Travis, who co-executive produced his first album, Where I’m Comin’ From, and Amerimonte Records.

Never one to sit still for long, is currently impacting at radio with his latest single “Music Man” and Nashville.com is proud to premiere the song right here. Listen above. “Music Man is a song that explains how any musician that loves music lives.” shares Owens “There’s nothing that compares to being on that stage and living the dream of delivering your songs to people that appreciate country music while riding across the land with a five-piece band in a bus. This song will surely make you want to two-step all over the dance floor!”

“Shane Owens brings it all…vocal, writing, performance, and passion. He has paid his dues, remained committed to traditional country and brings you a song with heart and a story. Songs that will get you through the tough times and enjoy the happy times; and, lyrics that will remind you of the threads in life that make you the fabric you are today. He will bless you with his talent and his kindness. To Shane, I gladly pass the baton…”
–Randy Travis

Music editor for Nashville.com. Jerry Holthouse is a content writer, songwriter and a graphic designer. He owns and runs Holthouse Creative, a full service creative agency. He is an avid outdoorsman and a lover of everything music. You can contact him at JerryHolthouse@Nashville.com
Previous Cory Marks Released His New EP “Nashville Nights”
Next Laine Hardy Makes His Opry Debut