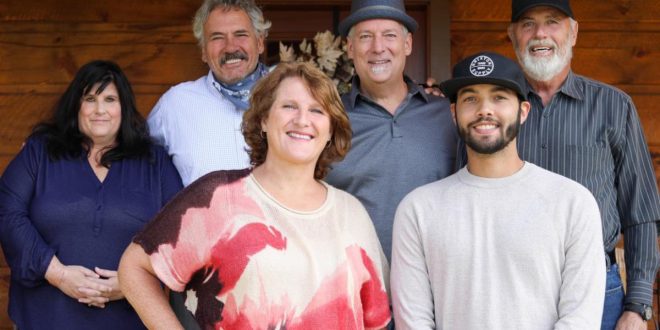 White Mustang Records has launched in Nashville. The announcement was made today by James Stroud, who will serve as President for the label, and Dewayne Brown of CMG. The full-service label will be based in Nashville and distributed by CMG via The Orchard. The company’s first signing will be announced next week.

“The staff and myself here at White Mustang could not be more happy with the future of our new label and the soon to be announced roster,” said Stroud, whose name has been attached to 133 #1 records, over 52 million albums sold, four Album of the Year and six Producer of the Year awards. “As we were building this label we looked to partner with the brightest and most forward thinking distribution companies available before deciding that CMG (Copperline Music Group) was the perfect match for us. Dewayne Brown (CMG SVP of A&R) and his staff at CMG work in the trenches everyday and we are so blessed to have them on board as we grow this new venture. “

In addition to Stroud and his longtime right-hand person and administrative assistant Tammy Luker, White Mustang Records has contracted Pepper Meiler (9,000 Miles) as Head of Marketing. Digital Product head Michael “Benjy” Cruz will handle social media, and Craig Campbell (Campbell Entertainment) will serve as Head of Media for the label and its artists.

“I cannot thank James Stroud and his amazing team at White Mustang Records enough for their vote of confidence in our team here at CMG,” said Dewayne Brown. “James brings his love of the music and the amazing sound back to the Country Music format that I believe we have all been missing. The team they have assembled at White Mustang speaks volumes for itself. I’m very excited about the upcoming announcement of their roster and our partnership.”

Music editor for Nashville.com. Jerry Holthouse is a content writer, songwriter and a graphic designer. He owns and runs Holthouse Creative, a full service creative agency. He is an avid outdoorsman and a lover of everything music. You can contact him at JerryHolthouse@Nashville.com
Previous The Wild Feathers Are On “Fire”
Next George Ducas Set To Release “Old Timers”