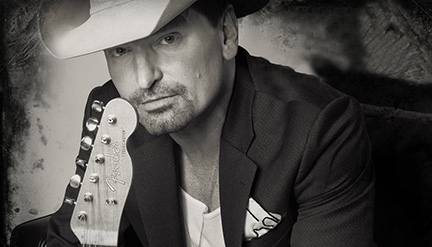 George Ducas has spent an impressive career dealing in words that have hit hard and sunk deep into the hearts of country music fans for years. He has been a skilled player in the country music game long enough to have enjoyed mainstream stardom as an artist with six charted singles on the Billboard charts and a GRAMMY nomination. He has also enjoyed enormous success as an affluent songwriter penning songs for his peers including Garth Brooks, Sara Evans, Eli Young Band, Randy Rogers Band, Gary Allan, Dixie Chicks and Trisha Yearwood. Being able to reflect on a life spent doing what you love, and doing it well, is something every young person hopes to achieve.

Set for release on October 16th, “Old Timers” is classic Ducas, and is a well-worn tribute paid to the folks who have made those paths a little bit easier for us to travel. This emotional new song highlights the iron will of a soul and the undramatic determination that incites the highest inspiration in humanity. We live in a world now where the term “hero” is thrown around rather loosely, and ironically enough, true heroes don’t see themselves as such, and don’t want that title applied to them. But when you live in this world long enough, you come to see exactly who real heroes are. It’s a proud soul that doesn’t try to hide his scars, rather he proudly shows them to you, tells you how he got them, smiles through his words dipped in wisdom as fresh sparks of reminiscence flash across his eyes. As the song cites, it’s a “busted knuckle savior” or a “purple hearted war horse getting older.” Teachers and preachers, mothers and fathers…they are all the folks who have earned every scar, every wrinkle, every grey hair, and every right to clamp their hands on our shoulders and tell us “youngins” the way things really are. Ducas is grateful to these specific warriors.

“‘Old Timers’ is a tune that I’m proud to have written and recorded for my latest album, ‘Yellow Rose Motel.’ Especially around Veteran’s Day, it really speaks to me as a tribute to all the veterans who have fought for and protected our freedoms and our country, especially during this year when so many of us have lost loved ones, family and friends, who are older. This song goes out as a dedication, honor and remembrance to all of them, heroes all.”

This year also marks the silver anniversary of “Lipstick Promises,” the Top 10 smash hit single from his 1994 self-titled debut album that has now spanned decades. “Lipstick Promises” reached #9 on the Billboard Hot Country Singles & Tracks chart, and the music video claimed the #1 spot on CMT. To commemorate this much beloved tale-as-old-as-time about the “stupid tax” a man has to pay for selling his heart so cheap, Ducas went back into the studio for a reminiscing session. The result is a muscled up rendition heavy with rock plated guitar riffs, but also with vocals that are as sharp as they were in the original recording. The “re-boot” of this classic tune shows off a finely chiseled George Ducas who has only gotten better with age. The forthcoming commemorative recording will be released digitally on all music platforms soon, and a brand new music video will accompany it. Keep tabs on his website for the release announcement.

“We all have a few defining songs in our lives, and ‘Lipstick Promises’ is definitely one of those for me. I wrote and recorded it some two decades ago, and it became my first Top 10 hit song and #1 video, and started me on a journey that I’m still on. It’s become a defining part of my sound and every one of my shows out on the road. So it’s incredibly special to commemorate it now by getting back in the studio to record it again. I’m really excited to ‘re-boot’ ‘Lipstick Promises’ to the world.”

Music editor for Nashville.com. Jerry Holthouse is a content writer, songwriter and a graphic designer. He owns and runs Holthouse Creative, a full service creative agency. He is an avid outdoorsman and a lover of everything music. You can contact him at JerryHolthouse@Nashville.com
Previous White Mustang Records Launches In Nashville
Next Billy Strings Announces Live Stream From The Ryman