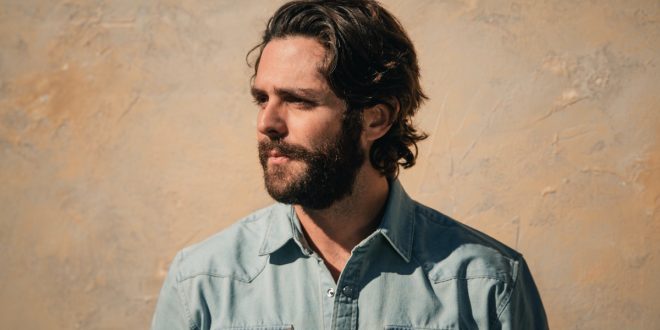 Thomas Rhett unveiled the official music video for his new single “What’s Your Country Song” today. Directed by longtime collaborator TK McKamy, the video is a universal celebration of roots, encapsulating the spirit of the song’s lyrics as Thomas Rhett tips his hat to heroes and friends. Watch the video above. Written by Thomas Rhett alongside Rhett Akins, Jesse Frasure, Ashley Gorley and Parker Welling, “What’s Your Country Song” is the follow-up to 16 career No. Ones and is available at country radio now.

“The lyrics of this song stir up so many vivid memories for me; I think everyone has that one song that takes them back to a specific moment in time,” Thomas Rhett shared. “I wanted the music video to visually capture that same thing and instantly transport anyone watching back to that familiar feeling or place in their mind.”

Earlier this week, Thomas Rhett and Lauren Akins appeared on ABC’s Good Morning America to reveal they are making their hosting debut together during the 11th Annual CMA Country Christmas. Thomas Rhett is also performing during the annual music celebration set for Monday, November 30th on ABC at 8:00PM CT.

Music editor for Nashville.com. Jerry Holthouse is a content writer, songwriter and a graphic designer. He owns and runs Holthouse Creative, a full service creative agency. He is an avid outdoorsman and a lover of everything music. You can contact him at JerryHolthouse@Nashville.com
Previous Scooter Brown Band Honors Waylon Jennings With New Release
Next Doug Supernaw Passes