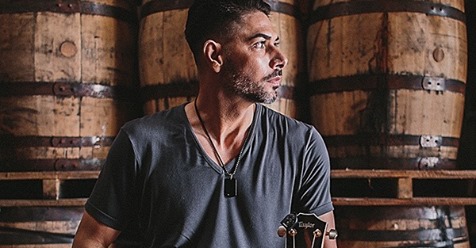 Florida native, Pime Hernandez makes music that falls into the country genre without a doubt, (watch his new video ‘Whiskey Pretty’ above) but much of his influence is from southern rock, pop, hip-hop and R&B as well. Hernandez released his first single in July of 2019. With many projects in the works and with the help of NSAI, Pime felt like he could take confidence in releasing and sharing his music with the world. The up and comer is proficient in acoustic and electric guitar, keyboard, drums, and has been hitting the local writer’s rounds. Hernandez recently moved to Nashville and writes or co-writes all of his songs, and he talks about the many trials and tribulations of life, both the good and the bad. Hernandez says that 99% of the time that he writes songs, he starts with a title and a concept. The singer is a family man and a carpenter; he loves spending time with his family as well as designing and building cabinets. Hernandez is definitely one to watch so stay tuned.

Music editor for Nashville.com. Jerry Holthouse is a content writer, songwriter and a graphic designer. He owns and runs Holthouse Creative, a full service creative agency. He is an avid outdoorsman and a lover of everything music. You can contact him at JerryHolthouse@Nashville.com
Previous George Thorogood To Make Opry Debut April 24
Next Lily Rose Opens Up About Tough Times And The Pay Off