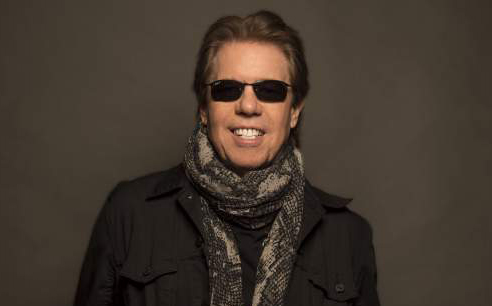 “I’m incredibly humbled by the honor and excited to connect with this audience,” says Thorogood. “I’ll be stepping onto the Grand Ole Opry stage with my guitar to share some great American music.”

“Of course the Opry showcases the best in country music to fans around the world each week, but we also appreciate opportunities to welcome guests from other genres and walks of life, including Rock & Roll Hall of Famers, Academy Award-winning actors and directors, and even a U.S. President,” said Opry Executive Producer Dan Rogers. “George Thorogood is an Opry fan himself, and we’re all in for a great show.”

In a special collaboration, a unique “SiriusXM Road to George Thorogood’s Opry Debut” will be rolled out including involvement across a wide array of SiriusXM channels discussing this historic moment. Thorogood will be a guest on SiriusXM’s Outlaw Country (ch. 60) and Volume (ch. 106) sharing his one-of-a-kind perspective on music and what this Opry debut means to him.

Craft Recordings recently released a comprehensive reissue of George Thorogood and The Destroyers’ fiery concert album Live in Boston, 1982. The 27-track Live in Boston, 1982: The Complete Concert includes 12 previously unreleased tracks (including performances of “Bad to the Bone,” “Who Do You Love?,” as well as the country classics they have made their own including Hank Williams’ “Move It On Over” and T.J. “Red” Arnall’s “Cocaine Blues”).

Opry member Luke Combs and Niko Moon will also perform on this special live broadcast on April 24. Tickets for the Saturday, April 24 performance are at capacity, but the show can be seen on Circle TV’s Opry Live. Bobby Bones will host the performances at 9 PM ET / 8PM CT on Circle, and on Gray TV stations, DISH Studio Channel 102, Sling TV and other TV affiliates in addition to a companion live stream on Circle’s Facebook and YouTube. The Opry can also be heard on SiriusXM’s Willie’s Roadhouse and the Opry’s flagship home 650 WSM AM and wsmonline.com, allowing fans from around the world to enjoy the performances from home.

“When I was growing up, I’d hear Johnny Cash and Marty Robbins on the radio alongside Ray Charles and Bo Diddley,” George Thorogood says. “Music didn’t need to be labeled ‘country’ or ‘rock’. If it was good music, you enjoyed it. I loved it all.” And for an artist whose worldwide hits include a cover of Hank Williams’ ‘Move It On Over’ – as well as self-penned classics like ‘I Drink Alone’ (a song he originally wrote for George Jones) and the ultimate badass anthem ‘Bad To The Bone’ – it’s clear that George Thorogood remains one of the most enthusiastically unique interpreters of what can only be categorized as American music.

Music editor for Nashville.com. Jerry Holthouse is a content writer, songwriter and a graphic designer. He owns and runs Holthouse Creative, a full service creative agency. He is an avid outdoorsman and a lover of everything music. You can contact him at JerryHolthouse@Nashville.com
Previous Chris Stapleton At #1 With “Starting Over”
Next WATCH: Pime Hernandez, ‘Whiskey Pretty’