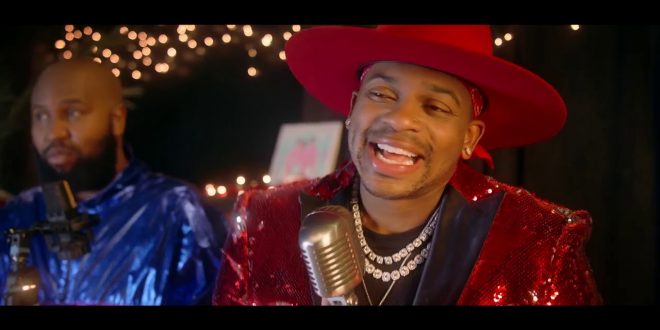 Jimmie Allen and his good friends Louis York and The Shindellas have unveiled the official music video for their festive doo-wop ditty “What Does Christmas Mean” (watch above). As an extra holiday treat for fans, an additional performance of the song is also available for viewing.

The trio of artists will perform the song on TODAY with Jenna & Hoda on December 23. Last week, Louis York joined Allen at his debut headline performance at The Ryman to perform the song for the first time live.

Music editor for Nashville.com. Jerry Holthouse is a content writer, songwriter and a graphic designer. He owns and runs Holthouse Creative, a full service creative agency. He is an avid outdoorsman and a lover of everything music. You can contact him at JerryHolthouse@Nashville.com
Previous Granger Smith Gives His Truck To Fan In Need
Next PREMEIRE: Reckless Johnny Wales’ “If Climate Change Don’t Change Your Mind”