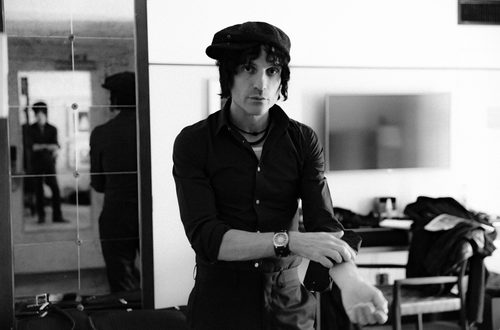 Jesse Malin is sharing a new animated video for “Dead On,” his duet with Lucinda Williams from the album Sunset Kids, created by Alex Rosas. Sunset Kids is out now, produced by Lucinda Williams and Tom Overby. The album has been nominated for four Independent Music Awards.

Malin is previewing “Backstabbers,” the first song from his upcoming album Lust for Love, planned for early 2021. Recorded during the Sunset Kids sessions, the song is produced Lucinda Williams and Tom Overby. On April 24, “Backstabbers” and the B-side “Crawling Back to You” (Tom Petty) will be available everywhere digitally and as a limited 7” on Little Steven’s Wicked Cool Records. The 7” is available now for preorder.

Jesse’s European spring tour with Brian Fallon has been rescheduled for February 2021, and Glastonbury is set for 2021.

Music editor for Nashville.com. Jerry Holthouse is a content writer, songwriter and a graphic designer. He owns and runs Holthouse Creative, a full service creative agency. He is an avid outdoorsman and a lover of everything music. You can contact him at JerryHolthouse@Nashville.com
Previous Maren Morris Makes History
Next LISTEN: Blackberry Smoke’ Covers Marshall Tucker Band’s “Take The Highway,”