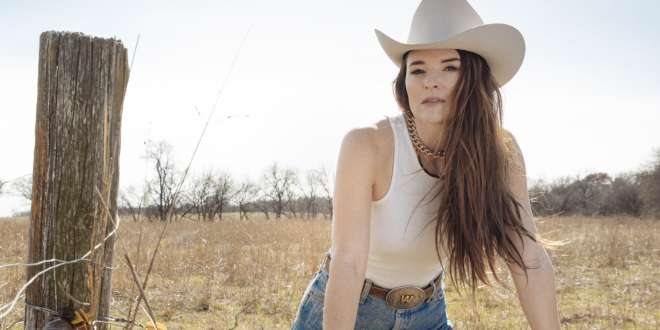 The official video for Jenna Paulette’s newest single, “Pretty Ugly” just premiered. It was directed by the duo of Zach Dyer and Thomas Heney and was shot on The Hopp Ranch in Muenster, TX, the family ranch of Jenna’s costar in the video, Eli Dangelmayr.

The song was written by Jenna Paulette, her friend Jeb Gipson and came out of a co-write with Parker Welling and Will Bundy. Gipson had shared the title with Paulette on several occasions, but they had never been able to take it any further. During the co-write, Welling came at the title from a different direction and Jenna told People that, “she was like, ‘what if it’s heartbreak that makes pretty ugly?” and “I was like, ‘That’s so good.”

Talking about the video, Jenna says, “The “Pretty Ugly” video is about opposites. I wanted to play on the juxtaposition between pretty and ugly at its extremes and what they look like right next to each other. One minute it’s all good, sunny skies, smiles, and happiness, the next it all falls apart and you’re dealing with disappointment and a level of depression trying to find an outlet for relief. I wanted to push the Ugly side for dramatic effect because we have all suffered from different levels of those emotions.”

Music editor for Nashville.com. Jerry Holthouse is a content writer, songwriter and a graphic designer. He owns and runs Holthouse Creative, a full service creative agency. He is an avid outdoorsman and a lover of everything music. You can contact him at JerryHolthouse@Nashville.com
Previous Lauren Alaina Celebrates No. 1 Debuting Record Release
Next LISTEN: Cody Jinks’ “I Don’t Trust My Memories Anymore”