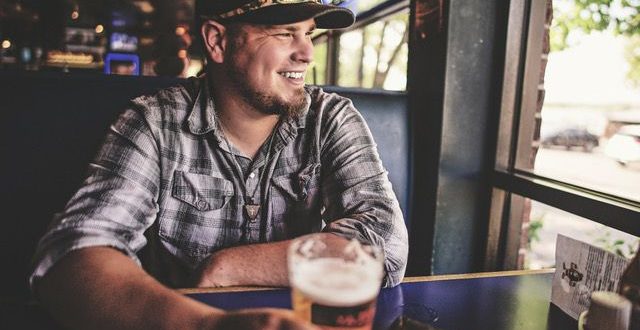 Gavin Lee’s new video, “Friend With A Beer” is available today on his Youtube channel. The track is all about good times and good vibes and is releasing just in time for Summer. Gavin wrote the song with noted Nashville tunesmiths, Will Rambeaux and Sherrie Austin. Gavin describes the track as, “Bad Ass” and said they wrote the song, “referring to the lifestyle of the easy going, everyday American, and how we have everyday American problems, but in the end often just wish we had a Friend with a beer. At the Time I was going through a rough patch in my life with Coronavirus shutting down the touring business and I wished that I could just have a beer with a friend that would listen to my problems.”

Since then Gavin’s taking his time off of the road to really work on his songwriting and finding and recording songs that are true to him. He’s been in the studio with famed producer, Bill McDermott and is really excited about the new music, he’s recording and can’t wait to share it with fans.

Gavin teamed up with director, Lance Goodman, to shot the video in Michigan at a little Tavern down the road from Gavin’s home. When describing the shoot, Gavin says, “It is a fun video with a lot of good times and laughter. These are real people, doing real things. What I enjoyed the most from shooting this video was getting my group of friends together and having a couple of beers. Also watching everyone enjoying being a part of the video shoot was great to see.

Music editor for Nashville.com. Jerry Holthouse is a content writer, songwriter and a graphic designer. He owns and runs Holthouse Creative, a full service creative agency. He is an avid outdoorsman and a lover of everything music. You can contact him at JerryHolthouse@Nashville.com
Previous Jenny Tolman Releases Deluxe Version Of “There Goes the Neighborhood”
Next Jason Aldean Coming To Bonnaroo Farm