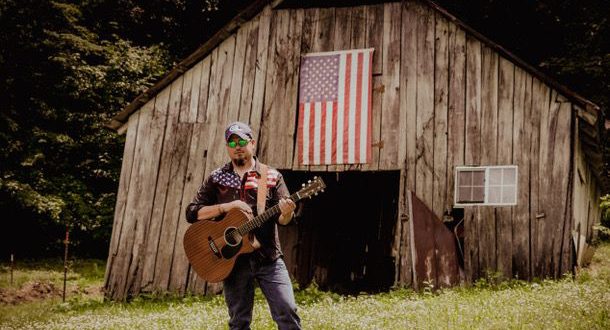 Michigan-native Gavin Lee brings his workingman credentials to life in his new weekend party anthem “American Crazy.” Gavin teamed up with Will Rambeaux and Sherrie Austin for this rousing new cut, which Gavin said, “we were writing it at the time we were all locked down and going, American crazy, so we just played off of that. We wanted to create a song that the average everyday, hard-working American could relate to and spoke to their lifestyle.”

The video was directed by, Lance Goodman who also directed, Gavin’s first release of 2021, “Friend With A Beer.” The video features Gavin and Nashville studio musicians working through the recording process and fireworks to celebrate the weekend. Gavin commented that he was “thrilled to feature some of the musicians that helped to bring this record to life.”

Since moving to Nashville, Tennessee in 2017, Gavin has released five singles – Old Chevy, Gone Fishin’, Dixie Dreamin’ and Millionaire in Mexico, and Friend With A Beer in March 2021. His sound has been influenced by traditional 90’s country artists, as well as the likes of Jason Aldean, Riley Green, and Luke Combs. His down-home, dirt-roads and hardworking man identity, coupled with a big heart and endearing smile has gained Gavin a big grassroots following. “I want to be a singer-songwriter that is successful and respected by my peers,” he explains.

When he’s not playing music, Gavin enjoys hunting, fishing, and spending time on the lake with family and friends. He is also an avid hockey and baseball fan, playing both sports throughout his life. He loves to give back to his community and supports many charities, such as The Leukemia and Lymphoma Society, Wounded Warrior Project, St. Jude’s Cancer Research Hospital and Shriner’s Hospital for Kids.

Music editor for Nashville.com. Jerry Holthouse is a content writer, songwriter and a graphic designer. He owns and runs Holthouse Creative, a full service creative agency. He is an avid outdoorsman and a lover of everything music. You can contact him at JerryHolthouse@Nashville.com
Previous Lauren Alaina Gets Some Gold Hardware
Next Cole Swindell Scores His 10th Career No. 1 Single