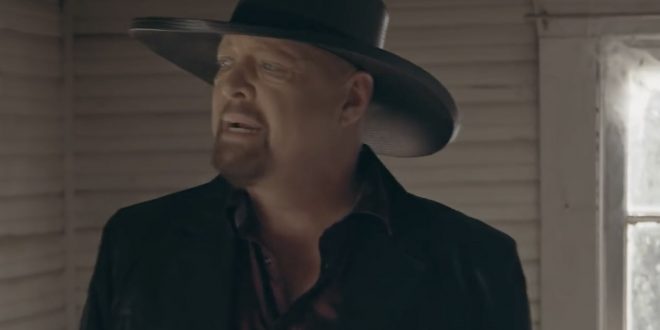 WATCH: Eddie Montgomery’s “My Son” From His Debut Solo Album

“Ain’t No Closing Me Down,” Eddie Montgomery’s debut solo 12-track album, will be available at Walmart on October 29 via Average Joes Entertainment. The new album was produced by Grammy-award-winning producer Noah Gordon and award-winning producer, Shannon Houchins. “My Son,” is featured on the new album and in a new American Western film, “Old Henry.”

“Troy is with me and will always be with me. He helped me write this album,” remarked Montgomery who wrote on eight of the 12 tracks. “I got together with some of my best songwriting buddies and we wrote about life – the good, the bad, the ugly, and the party on the weekends.”

Highlights on the new album also include “Higher,” a duet with country royalty Tanya Tucker; “She Just Loves Me,” a love song to his wife – the first love song Montgomery has ever written; and “Ain’t She Beautiful,” an incredible ballad co-written by nephew Walker Montgomery.

Music editor for Nashville.com. Jerry Holthouse is a content writer, songwriter and a graphic designer. He owns and runs Holthouse Creative, a full service creative agency. He is an avid outdoorsman and a lover of everything music. You can contact him at JerryHolthouse@Nashville.com
Previous AMERICANAFEST Once Again Proves They Are Biggest Bang For Buck
Next O.N.E Premieres Documentary Short & Music Video At Nashville Film Festival