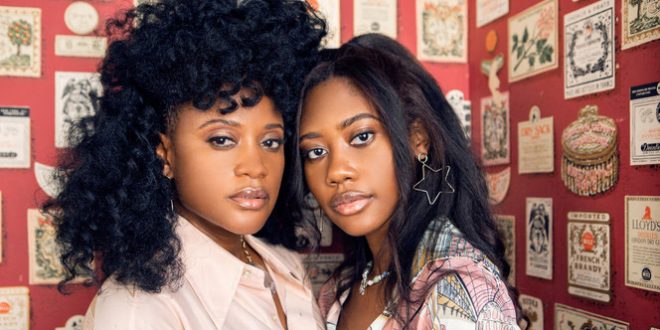 The 52nd Nashville Film Festival kicked off this week with a flurry of presentations and premieres, including a documentary short created by the festival’s Livin’ Reel Project. Launched in 2004, the project encourages artistic expression and collaboration by connecting local artists with at-risk youth to create original pieces of art.

This year, the Livin’ Reel Project is proud to present “Breaking Free,” a 7-minute short film with a companion music video. Produced by Dianna Maher, who also co-directed the film with Sarah Holbrook, “Breaking Free” is anchored by an original song rooted in hip-hop, soul, and pop. The titular song was co-written by O.N.E The Duo — the first mother-daughter duo since The Judds featuring the Wu-Tang Clan’s in-house vocalist, Tekitha, and her daughter, Prana — along with the girls of Youth Villages, Shannon LaBrie, Sinclair, Sarah Holbrook, Pauline Andres, and Carly Moffa.

“Moraine Music Group has been involved with the Nashville Film Festival’s Livin’ Reel Project for the last four years,” says Moraine Music Group president Dianna Maher, “and everyone at our company looks forward to working with these amazing young women in group homes at Youth Villages. After meeting Tekitha and Prana, I knew their passion for uplifting others and their unique talents would be the perfect addition to our creative team! Helping the girls share their feelings through song is a very emotional and inspiring experience for everyone involved.”

Tekitha agrees, adding, “It is paramount to Prana and I to be involved with organizations that support young people, so we were thrilled to be given an opportunity to participate with Youth Villages. The experience of getting to know the girls and watching their eyes light up as they witnessed their words come to life through song moved me to tears. It is important to remind children that they are valuable and precious — that there is a well of beauty and might within them, but it is our responsibility to assist them in navigating around the obstacles that prevent them from sourcing it. We hope to build a long-lasting and ongoing relationship with Youth Villages for the foreseeable future. It was an honor and a privilege.”

To learn how you can support vulnerable youth in your area, including teenagers who have aged out of the foster care system, visit youthvillages.org for information on the community-based LifeSet program.

Music editor for Nashville.com. Jerry Holthouse is a content writer, songwriter and a graphic designer. He owns and runs Holthouse Creative, a full service creative agency. He is an avid outdoorsman and a lover of everything music. You can contact him at JerryHolthouse@Nashville.com
Previous WATCH: Eddie Montgomery’s “My Son” From His Debut Solo Album
Next Peter Frampton Tells All