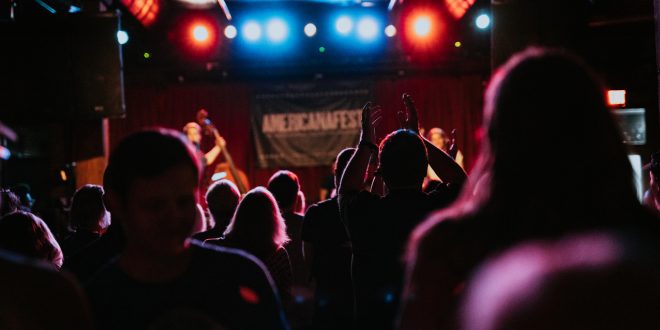 AMERICANAFEST Once Again Proves They Are Biggest Bang For Buck

As the largest music festival to return to Music City since the start of the pandemic, The Americana Music Association’s annual AMERICANAFEST brought in an estimated aggregate attendance of more than 23,000 to Nashville, Tenn., from around the world during its 21st annual run on September 22-25. The association has also announced the dates for its 22nd event, taking place Sept. 13-18, 2022.

“This year was a giant family reunion that we needed more than ever. I’m so proud of our team for finding a way to bring this event back safely to Music City after our hiatus in 2020,” said Jed Hilly, Executive Director of the Americana Music Association. “For more than two decades now, AMERICANAFEST has brought folks together from around the world to network and enjoy great live music. It’s an incredible feeling to watch this creative community thrive even during these trying times.”

The four-day gathering commenced with events that set the tone for a week of musical discoveries and unforgettable experiences. These events included an inspiring keynote interview and guided meditation with Valerie June and NPR Music’s Ann Powers at The Westin Nashville, host of AMERICANAFEST’s music business conference.

The 20th Annual Americana Honors & Awards served as the association’s hallmark event that week, celebrating distinguished musicians of the community with coveted awards while presenting show-stopping performances at the historic Ryman Auditorium. Featuring performances by Brandi Carlile, The Highwomen, The Mavericks, Keb’ Mo’, Margo Price, Allison Russell, Carla Thomas with June and more, the critically acclaimed program ended this year with a moving tribute to the late Don Everly by Emmylou Harris and Rodney Crowell. The ceremony has been taped for broadcast at a later date.

Since the inaugural AMERICANAFEST in 2000, daytime conference panels have provided a first-rate educational forum to discuss varying cultural and industry-related topics among top professionals and artists from the Americana music community. This year, forward-thinking discussions ranged from an intimate conversation with Jackson Browne and The GRAMMY Museum’s Scott Goldman to a behind-the-scenes look at Joe Henry and Aoife O’Donovan’s recent collaboration with insight from Henry, O’Donovan, Darren Schneider (FullSail University) and Bruce Warren (WXPN).

Music editor for Nashville.com. Jerry Holthouse is a content writer, songwriter and a graphic designer. He owns and runs Holthouse Creative, a full service creative agency. He is an avid outdoorsman and a lover of everything music. You can contact him at JerryHolthouse@Nashville.com
Previous Randy Travis To Be Honored As CMT’s “Artist of a Lifetime”
Next WATCH: Eddie Montgomery’s “My Son” From His Debut Solo Album