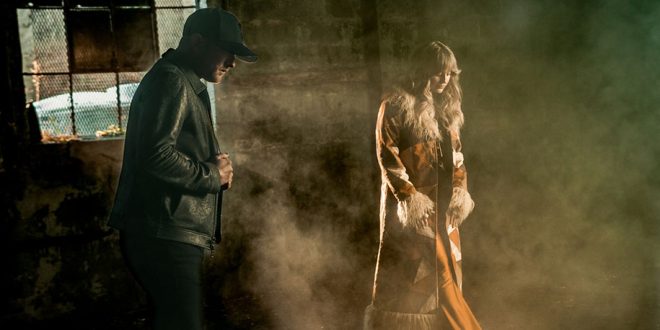 “Never Say Never,” was directed by Michael Monaco and filmed at Brushy Mountain State Penitentiary outside of Knoxville.

Already in the Top 20 on the country singles chart and rising, was the most added song at country radio the week of release, giving both Swindell and Wilson their biggest radio add day of their careers.

“Never Say Never,” written by Swindell, Jessi Alexander and Chase McGill, is the Georgia native’s the follow-up radio single to his back-to-back No. 1 hits “Love You Too Late” and most recently his milestone multi-week, 10th career No. 1 hit “Single Saturday Night.” “Never Say Never” is also the follow-up single to Wilson’s No. 1 smash hit “Things A Man Oughta Know,” which is still streaming more than 3 million times each week since it peaked in September.

Music editor for Nashville.com. Jerry Holthouse is a content writer, songwriter and a graphic designer. He owns and runs Holthouse Creative, a full service creative agency. He is an avid outdoorsman and a lover of everything music. You can contact him at JerryHolthouse@Nashville.com
Previous Bonnaroo Announces 2022 Lineup
Next Nashville Drummer Matt North Releases “Bullies In The Backyard”