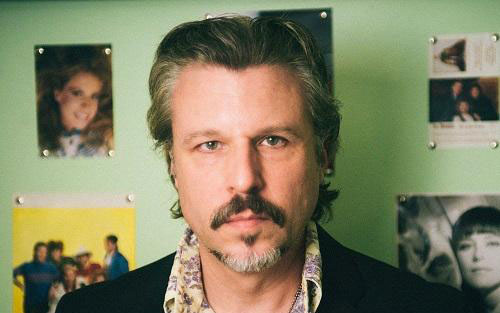 Bullies In The Backyard, the second album from Matt North features ten songs written under the cloud of a seven-year lawsuit Matt’s family ultimately won due to violations against his son’s special needs by Nashville Public Schools. The Federal District Court verdict set precedents in Tennessee that now benefits families facing similar challenges over their child’s education nationwide. Bullies In The Backyard, is being released by Round Badge Records on CD, as a download and on streaming platforms.

With no work playing live shows or recording jobs in sight due to the pandemic, Matt started working at Nashville’s Home Depot to support his family and spent the rest of his time writing songs in his home studio. Just like Guy Patterson in the iconic film “That Thing You Do,” Matt found himself selling appliances when he would’ve rather been drumming. Thus, he is arguably the real Guy Patterson. He is arguably Spartacus.

Michigan-born North was raised on equal doses of Soul Train, Hee-Haw, and literature – all influences on his music. His great uncle is novelist and Kentucky poet laureate, Jesse Stuart, and his father’s family were Scotch-Irish coalminers in Harlan County, Kentucky.

He grew up playing gigs in Champaign, Illinois; starting as a teenager drumming with the late Jay Bennett of Wilco and Coltrane bassist, Rafael Garrett. He dropped out of The University of North Texas in 1990, forfeiting his music scholarship to join the University of Illinois Jazz Band for a tour of Russia and Ukraine alongside bassist, Viktor Krauss (Lyle Lovett, Indigo Girls).

“I always saw singing and writing as what’s expected,” North explains. “When other kids were drumming to Rush, I was more impressed with how Neil Peart wrote lyrics. I grew on the first three Police records but paid more attention to Stewart Copeland’s solo work as ‘Klark Kent’ and how Levon Helm, Stan Lynch, and Queen’s Roger Taylor all sang. Then I noticed that every Kiss concert was built around Peter Criss singing ‘Beth.’”

Moving to San Francisco, he worked as a fact-checker for Mother Jones Magazine, played in garage bands, and wound up roommates with comedians Patton Oswalt and Mitch Hedberg in the Haight for some two years. At 26, North was signed as a writer to the William Morris Agency by talent manager, Dave Becky whose roster included Marc Maron, Louis C.K., Dave Attell, and Chris Rock.

Matt moved to Los Angeles, and began composing songs, answering “Drummer Wanted” ads, and writing a screenplay, Best Western; the latter won multiple competitions, and led to regular work as a story analyst – a skill he’s transferred into songwriting. In 2000, North starred opposite James Woods in the Golden Globe-winner Dirty Pictures directed by Frank Pierson (writer of Cool Hand Luke, A Star Is Born, Dog Day Afternoon) and was soon hired by Larry David as a guest-star on Curb Your Enthusiasm.

A referral by Maria McKee to Grammy-winning producer, Ray Kennedy (Steve Earle, Lucinda Williams), led to session work in Nashville with Kennedy as well as at Welcome To 1979 Studios. “Turning 40 in L.A., I was an old drummer,” chuckles North, “but the Nashville musicians doing what I want to do are in their 50’s and 60’s. So somehow I’m a young drummer again.”

Music editor for Nashville.com. Jerry Holthouse is a content writer, songwriter and a graphic designer. He owns and runs Holthouse Creative, a full service creative agency. He is an avid outdoorsman and a lover of everything music. You can contact him at JerryHolthouse@Nashville.com
Previous WATCH: Cole Swindell And Lainey Wilson’s “Never Say Never”
Next Bonnaroo Tickets Officially On Sale