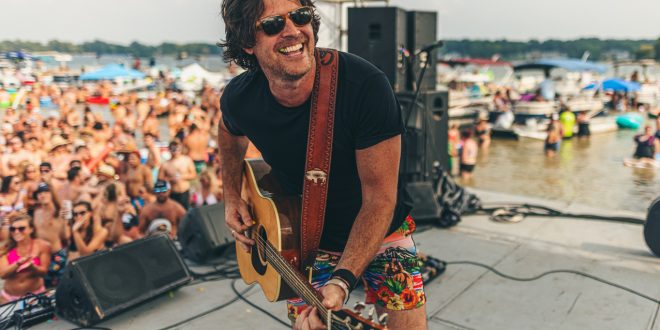 Clayton Anderson just released his new video “Show Me Your Fish.” (Watch above)

Crowned “the fishing song of the year” by Hook & Barrel Magazine, the visual for the tune — written by Anderson, Christian Stalnecker and Dave Audé — was directed by Shaun Silva and features celebrity and pro anglers including Jimmy Houston, Bill Dance and Brian Latimer, along with two NASCAR drivers, and clips sent in by 60+ fans and influencers (with a combined reach of over 10M followers on social media).

“This song is everything to me,” says Anderson. I grew up fishing rivers in Southern Indiana with my grandpa. Seeing him up on the big screen that we are performing in front of gets me choked up. Hope this song brings back great memories to everyone who hears and sees it. And inspires them to make more memories out there fishing with the people they care about most.”

2022 has been a big year for Anderson, who’s already landed two national TV sync placements (with “Get After It” being featured in Ford’s Truck Month Campaign, while ESPN included Anderson’s “Nothin’ But Net” in its award-winning college basketball coverage that will run through April) since January 1. The Indiana native is currently planning a spring tour to follow up his one-of-a-kind 15-date lake tour, which saw more than 1,500 boats per date.

Music editor for Nashville.com. Jerry Holthouse is a content writer, songwriter and a graphic designer. He owns and runs Holthouse Creative, a full service creative agency. He is an avid outdoorsman and a lover of everything music. You can contact him at JerryHolthouse@Nashville.com
Previous 57th Academy Of Country Music Awards Winners Announced
Next Amy Grant and Vince Gill’s “Christmas at the Ryman” Returns