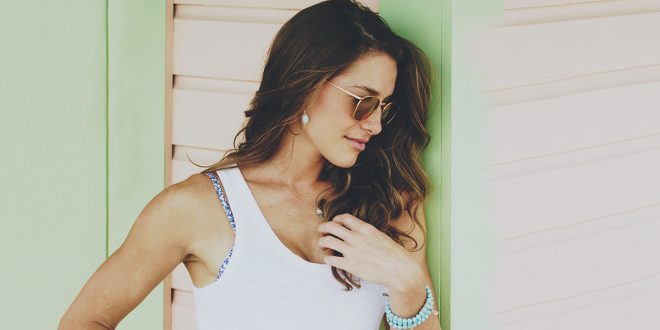 Country/pop songwriter and multi-instrumentalist Caroline Jones today released “Gulf Coast Girl,” the new song and video featuring Jimmy Buffett, Kenny Chesney, Lukas Nelson and Mac McAnally as “The Pelicanaires.” Co-written by Jimmy Buffett and Mac McAnally, the song was penned as an ode to Caroline’s lively spirit and to the Gulf Coast region, which holds special meaning to the group of artists.

Directed by Stan Kellam and edited by Tyler Lord, the “Gulf Coast Girl” video is a true embodiment of Caroline – barefoot on the beach, swimming in the ocean, driving a vintage convertible down the coastline, sailing and strumming a guitar on the pier. The video was filmed in sunny, sandy locations including Gulf Shores, Mobile, Apalachicola, Destin, Pensacola, St. Petersburg, Tampa, Biloxi, Galveston, New Orleans, and more.

Jimmy Buffett explains, “My introduction to Caroline was at a benefit concert we were doing a few years back in Tallahassee after Hurricane Irma wreaked havoc on Florida. I had heard really good things about her, from friends, but was taken aback when I watched her open the show.” Buffett continues, “Mac McAnally and I were interested in working with her and wanted to come up with a “feel good” song that would do the same on beaches and lakes thousands of miles away from the beach I grew up on.”

Caroline shared, “It was an honor to have such iconic and respected artists write this song for me and have the opportunity to collaborate with them on it. I have known Mac for almost ten years now, and have had the privilege of going out on tour with both Jimmy and Kenny. They have all become friends and mentors, which I am grateful for.”

Caroline joined Kenny Chesney for the cross-country Songs for the Saints Tour in the Spring. Her partnership with Jimmy Buffett began after performing together at the Trying to Reason hurricane relief benefit concert in 2017, which led to a live charity single release, a distribution deal with his Mailboat Records, and a supporting role on his tour with the Eagles last Spring. Caroline also has a close friendship with singer-songwriter and producer Mac McAnally, who she has collaborated with for over a decade.

The debut of “Gulf Coast Girl” comes on the heels of Caroline’s current single “Chasin Me.” The official video, garnering over 4.4 million views since its April release, premiered with CMT as part of the Artist Discovery program and went on to spend four weeks at #1 on their 12-Pack Countdown. Jones is currently on the road with Zac Brown Band for the third consecutive summer run. “Gulf Coast Girl” is available now on here.

Music editor for Nashville.com. Jerry Holthouse is a content writer, songwriter and a graphic designer. He owns and runs Holthouse Creative, a full service creative agency. He is an avid outdoorsman and a lover of everything music. You can contact him at JerryHolthouse@Nashville.com
Previous Lee Brice Tops The Charts With “Rumor”
Next Emma White Calls Out Music Industry In “Ten Year Town”