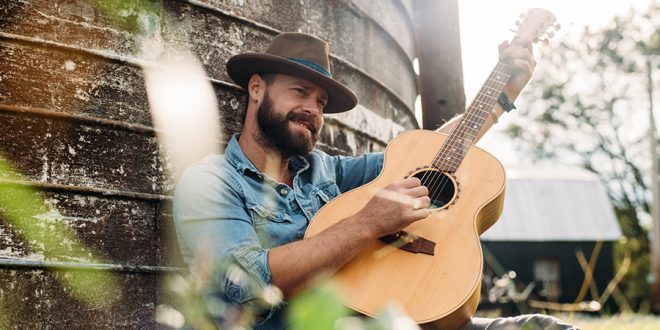 Lee Brice hits the top of the charts with ” Rumor” on Billboard and Mediabase country charts this week.

“Rumor” recently became a Number One hit overseas, too, with the song climbing to the top of Australia’s CMC (Country Music Channel) Top 50 Chart in June. Back in America, the song has remained on Billboard’s Hot Country Songs chart for more than 40 weeks, steadily climbing its way toward platinum status while also racking up 200 million on-demand streams worldwide.

“I’ve had such amazing fan support around ‘Rumor’ to the point it was certified Gold earlier this year and is almost Platinum! Watching it hit the #1 spot on the Billboard and Mediabase charts is unreal,” says Brice. “I’m truly grateful to our supporters at radio, streaming platforms, TV and media, but I have to shout out our incredible fans who have supported it by tuning in, downloading, streaming and coming to see our shows. And… have you seen the video? That was one of my favorite things about this song — it stars my gorgeous wife Sara.”

Lee Brice has reached multiple milestones in 2019 alone, drawing a capacity crowd to his late-morning CMA Fest performance, maintaining his status as one of Pandora’s most-listened-to artists, and continuing to tour the country’s amphitheaters and festivals.

Music editor for Nashville.com. Jerry Holthouse is a content writer, songwriter and a graphic designer. He owns and runs Holthouse Creative, a full service creative agency. He is an avid outdoorsman and a lover of everything music. You can contact him at JerryHolthouse@Nashville.com
Previous Bill Anderson To Be Honored At “Love From Music City”
Next Watch: Caroline Jones Releases “Gulf Coast Girl”, With Jimmy Buffett & Kenny Chesney