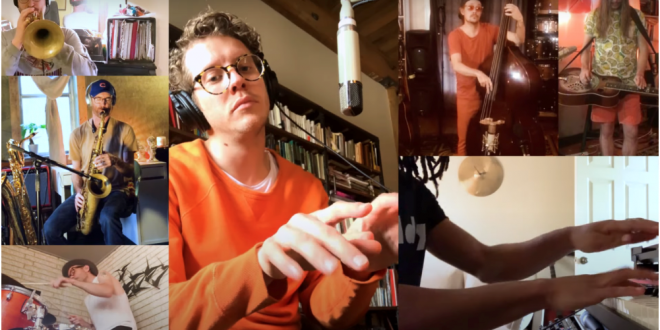 Anderson East has released a live performance video of “House Is A Building” today. Watch it above.

While sheltering-in-place across Nashville, East gathered his six bandmates to perform a number of songs together, yet apart in their respective homes, for a video series he’s dubbing the Isolation Collective Sessions. The split-screen visual highlights each of their talents up close as the frontman’s heartfelt hook— “If a house is a building, home is a feeling”— hits especially hard during times like these. The original “House Is A Building” appeared on his 2018 album Encore and would be captured live from the Ryman Auditorium on last year’s Alive In Tennessee.

Additionally, East invited fans to donate to MusiCares’ COVID-19 Relief Fund, which supports artists affected by the global pandemic and in need of support. Donations can be made HERE .

Be on the lookout for the next installment of the Isolation Collective Sessions and more news very soon.

Music editor for Nashville.com. Jerry Holthouse is a content writer, songwriter and a graphic designer. He owns and runs Holthouse Creative, a full service creative agency. He is an avid outdoorsman and a lover of everything music. You can contact him at JerryHolthouse@Nashville.com
Previous Lewis Brice Hits Number One At Radio Disney Country
Next Maren Morris Makes History