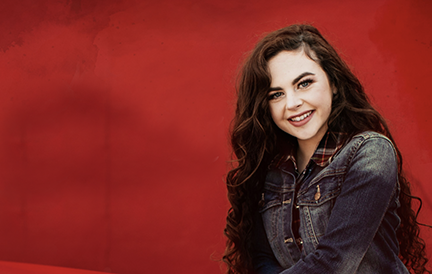 After winning over the hearts of America and taking home the proverbial crown on Season 15 of NBC’s “The Voice,” what comes next? For 17-year-old, powerhouse vocalist Chevel Shepherd it means becoming a quick study, not just in the course work she is completing to graduate high school this May, but also of the music industry itself.

Part of that industry education included a first-ever stop at last month’s Country Radio Seminar (CRS) where Shepherd revealed she’d be independently releasing new music. Two of those new songs are available now. The reflective “Everybody’s Got A Story,” penned by Kacey Musgraves, Shane McAnally and Brandy Clark and clever “Mama Got the Chair,” which explores the other side of “The Chair,” George Strait’s 1985 No. 1 hit, are the first of several releases leading up to Shepherd’s debut EP later this summer.

“I grew up listening to country music,” shares Shepherd. “I’ve always loved the classics like Loretta Lynn, Reba, Tanya Tucker and the Dixie Chicks. These new songs really embrace that kind of traditional country sound, but I’ve put my own twist on them. I hope you guys love them as much as I do!”

Raised on country music and the outdoors, Shepherd grew up feeding animals on the farm, barrel racing in the rodeo, fixing up cars with her dad and singing almost before she could walk, certainly well before walking onto “The Voice” stage and onto team Kelly. When it comes to the new songs and her forthcoming EP, Shepherd knows how invaluable Clarkson’s support was to her creative process sharing with The Post, “I got to pick the songs and I got to record it here in Nashville. Kelly just being a part of it, it’s been a blessing.”

Music editor for Nashville.com. Jerry Holthouse is a content writer, songwriter and a graphic designer. He owns and runs Holthouse Creative, a full service creative agency. He is an avid outdoorsman and a lover of everything music. You can contact him at JerryHolthouse@Nashville.com
Previous LISTEN: Parker McKay’s Pity Party
Next Country Artists Reflect On The Passing Of Kenny Rogers