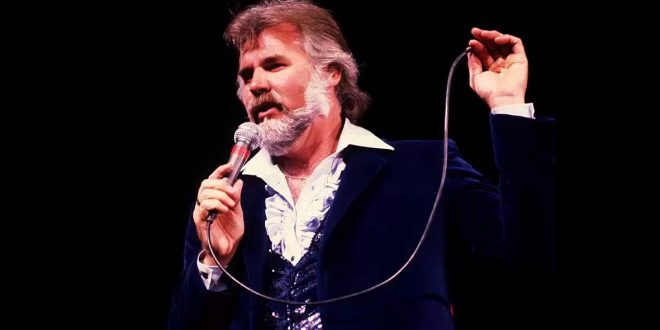 Country Artists Reflect On The Passing Of Kenny Rogers

“Kenny Rogers was a pioneer in the music world. He was a friend of ALABAMA and will be missed by all. Rest in Peace.”
-Jeff Cook, ALABAMA
“Last night we lost a friend and one of the classic voices that easily melted county, rock and pop together in a way no one had done before. We will certainly miss you Kenny.”
-Teddy Gentry, ALABAMA
“With sadness I heard about the passing of a great Hall of Famer. Kenny Rogers was a special treasure to country music and the world. He will be missed by all.”
-Randy Owen, ALABAMA
“Thank you Kenny Rogers for being a part of our lives for so long. Your songs are woven into the fabric of our memories — classics, that will live on in the musical heart of a world that will miss you so much. Rest in peace, Gambler.”
-Charlie Daniels
“Kenny Rogers was truly an artist of the highest caliber. As a singer, songwriter, entertainer, and actor, he opened doors and enhanced the careers of many other artists just by recording a song with them. His voice and smooth singing style enabled him to move in and out of different musical genres like walking from one room to the next. But music was not his only creative outlet. He was also an amazing photographer. Rest well my brother, you gave us a lot in this life!”
-Ricky Skaggs
“Kenny was a nice man and a great entertainer who had a way of making a song all his own. He will be missed.”
-Ray Stevens
“I have lost an old friend and the world has lost a consummate entertainer. ‘The Gatlin Boys’ did hundreds of shows with ‘Kenneth’ as we called him. More often than not, I watched from the wings as he masterfully strutted and fretted his hour upon the stage. Last night, ‘the Gambler he broke even.'”
-Larry Gatlin
“Kenny was one of the few that successfully crossed genres. I’ve been a fan from a long time back, and we will all miss his voice and style.”
-John Anderson
“To one of the old guys that taught me so much, God Bless you, Kenny. Keep an eye out for Larry Butler.”
-Doug Gray, The Marshall Tucker Band
“Kenny Rogers was not only my friend, he was my mentor. The void he leaves will be impossible to fill. Countless memories ‘Through the Years’ will never leave the people’s lives he so graciously touched. Rest in peace, dear friend. My thoughts and prayers go out to Wanda and his beautiful family.”
-T.G. Sheppard
“Kenny Rogers was a true southern gentleman. He brought sophistication, elegance and class to country music. He broke down many barriers and paved the way for so many artists. He taught me the importance of work ethic. My heart goes out to the entire Rogers family.”
-Billy Dean
“The world has lost a legend and a great man. He was one of a kind and such an amazing talent. Prayers to Kenny’s family from ours.”
-Aaron Tippin
“The world has lost a great artist and interpreter of songs. I had the honor of announcing his election to the Country Music Hall of Fame, and was thrilled when I realized how much it meant to him. Even after all the other honors he had won, he was truly excited about this one. His accomplishments will live forever.”
–Bill Anderson“No one bridged the gap between country and pop more often and better than K R. He will be missed but his music and diverse style of story-telling will live on forever.”
–Billy Ray Cyrus

“Going back to the late 70s and early 80s, we played a lot of dates together. He was one of the first artists to have a stage in the round, in the middle of the arena. He was also an accomplished photographer, and he shot some portraits of Howard and me. We really got to know Kenny through the years and are thankful for the memories. Love and prayers to his family.”
–David Bellamy, Bellamy Brothers

“I had so much respect for Kenny Rogers – he was from Houston, Texas too. He was a truly unique vocalist and artist who easily transitioned from a group (First Edition), a duo, solo artist and actor. If he did it, it was the best.”
–Gene Watson

“Kenny Rogers was a dear family friend and he was one of the kindest, nicest guys. A true gentleman. I had the privilege sharing the stage with him as well as on screen, in the film Rio Diablo. The Judds were honored to celebrate him a few years ago during his tribute concert. Rest In Peace, Kenny. We love you. ”
–Naomi Judd

“Not just my hero, but my friend. Thank you for your guidance my brother. The world has lost the greatest storyteller.”
–Phil Vassar

“Hearing Kenny Rogers’ magnificent voice singing MY lyrics, my music, to ‘I’m Missing You,’ that was definitely a highlight! When KR sang that song, he OWNED it. What a talent and what a sweet man. Kenny, you certainly made this world a better place. Rest In Peace my friend.”
–Steve Wariner

“What a career, what a talent, what a legacy. Now this world is left with a big shadow, center stage where Kenny Rogers stood. No one else can take his place. Now he’s taken his place amongst the Heavenly stars. It’s a very sad day for all of us. But God is smiling. Rest easy my friend.”
–Tanya Tucker

Music editor for Nashville.com. Jerry Holthouse is a content writer, songwriter and a graphic designer. He owns and runs Holthouse Creative, a full service creative agency. He is an avid outdoorsman and a lover of everything music. You can contact him at JerryHolthouse@Nashville.com
Previous Voice Winner Chevel Shepherd Releases Two New Songs Today
Next Fender Gifts Aubrie Sellers With A New Custom Guitar