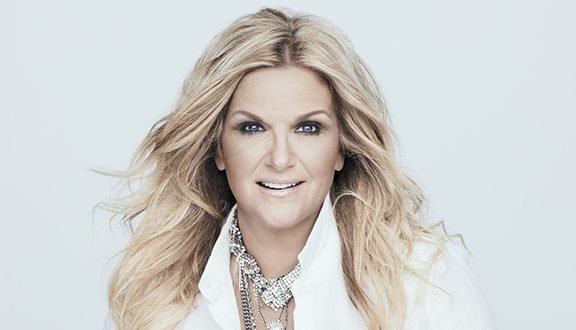 The Country Radio Broadcasters, Inc. has announced Trisha Yearwood as the 2022 CRB Artist Achievement Award recipient. Yearwood will be honored during the Country Radio Hall of Fame Induction Ceremony, set for June 30 at Virgin Hotel Nashville.

A musical tribute featuring a surprise performer will be held during the evening in honor of Yearwood.

The CRB Artist Career Achievement Award is presented to an individual artist or act that, through their creativity, vision, performance, or leadership, has significantly contributed to the development and promotion of country music and country radio.

Following three decades in the spotlight, numerous GRAMMY®, CMA®, and ACM® Awards to her name, countless multiplatinum certifications, and millions of fans entertained, the same passion still motivates and moves Trisha Yearwood. The singer, actress, author, chef, TV personality, and entrepreneur derives deep fulfillment from simply walking up to a microphone and pouring her heart out by way of a celebrated powerhouse voice.

At the same time, she remains a timeless entertainer whose influence permeates multiple facets of culture. Beyond twelve studio albums, she hosts the EMMY® Award-winning Food Network hit Trisha’s Southern Kitchen and her Facebook Live “pre-show,” T’s Coffee Talk. At the forefront of a veritable lifestyle empire, she penned four New York Times-bestselling cookbooks and has designed cookware, furniture, home accessories, and area rugs. Plus, she launched the “Trisha Yearwood Pet Collection.” Trisha has also collaborated with Williams Sonoma on her signature best-selling cocktail mixes, as well as her new Gwendolyn dinnerware collection honoring her mother, and a variety of food products. Recently, she unveiled what might be her most personal cookbook yet, Trisha’s Kitchen: Easy Comfort Food for Friends and Family, available now. For more information, please visit www.trishayearwood.com.

Music editor for Nashville.com. Jerry Holthouse is a content writer, songwriter and a graphic designer. He owns and runs Holthouse Creative, a full service creative agency. He is an avid outdoorsman and a lover of everything music. You can contact him at JerryHolthouse@Nashville.com
Previous Jake Rose Signs With Endurance Music Group
Next Americana Announces Second Round Of 2022 Showcases