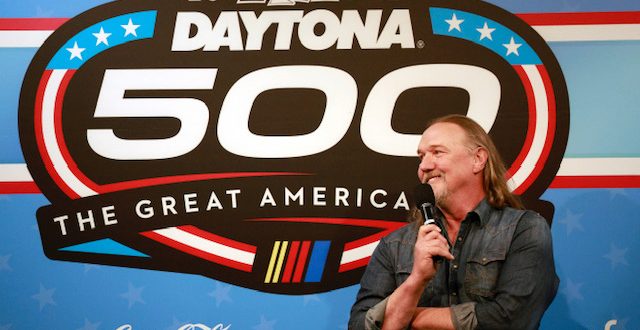 Trace Adkins performed for a sold-out crowd at NASCAR’s most iconic race this weekend singing the national anthem to ring in the DAYTONA 500 this past Sunday. As the season-opener for the NASCAR Cup Series, Adkins launched the momentous day with an appearance LIVE on Fox & Friends at the stadium.

“I just enjoy sing the anthem any chance I get to do it, whatever the event is” Adkins says,

Celebrating the release of his 25th anniversary album The Way I Wanna Go (Verge Records), Adkins is set to hit the road to continue his headlining The Way I Wanna Go TOUR with the first stop at Nashville’s Ryman Auditorium on April 8. Entertaining a nearly sold-out crowd, this performance marks Adkins’ Ryman return after his debut during his SONGS AND STORIES TOUR in 2012.

The Way I Wanna Go will continue through much of this year with dates extending from coast-to-coast.

Music editor for Nashville.com. Jerry Holthouse is a content writer, songwriter and a graphic designer. He owns and runs Holthouse Creative, a full service creative agency. He is an avid outdoorsman and a lover of everything music. You can contact him at JerryHolthouse@Nashville.com
Previous Momentum Continues For Dustin Collins With New Signing
Next Kevin Costner To Headline Homestead Festival