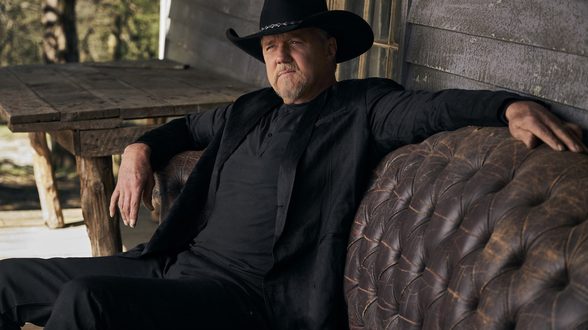 Marking his 13th studio album, The Way I wanna Go finds a bold hit-maker with a singular voice at his creative peak, continuing down a road which has made him a member of the coveted Grand Ole Opry. Set to be released on Verge Records, pre-save/pre-add THE WAY I WANNA GO here now. Exclusive limited-edition merchandise including a commemorative 25th anniversary personalized platinum plaque, autographed CDs and cowboy hats, and virtual Meet & Greet experiences are available to preorder from Trace’s Official Online Store. See all items at: https://traceadkins.com/collections/store

THE WAY I WANNA GO, is full of adventurous new tunes and as Adkins keeps one foot rooted in tradition – and the other on his own unique path.

“I don’t know where my place is gonna be when the history of what I did is written,” Adkins says of his 25-year legacy. “But 90 percent of the time, I said what I wanted to say and stuck to my guns and did what I wanted to do … And, this album is as good as anything I’ve ever done.”

Produced by Mickey Jack Cones and Derek George and featuring 25 songs to celebrate the silver anniversary, THE WAY I WANNA GO touches on all the aspects of Adkins’ storied career – from deeply profound ballads to clever-Country party anthems, all steeped in the diverse sound of his Louisiana upbringing.

“I am at the top of my game right now as far as my craft goes,” the Country star says. “I’m better at this than I’ve ever been in my life.”

Music editor for Nashville.com. Jerry Holthouse is a content writer, songwriter and a graphic designer. He owns and runs Holthouse Creative, a full service creative agency. He is an avid outdoorsman and a lover of everything music. You can contact him at JerryHolthouse@Nashville.com
Previous Naomi Inducted Into Women Songwriters Hall of Fame
Next Grand Ole Opry To Honor Americas Heroes