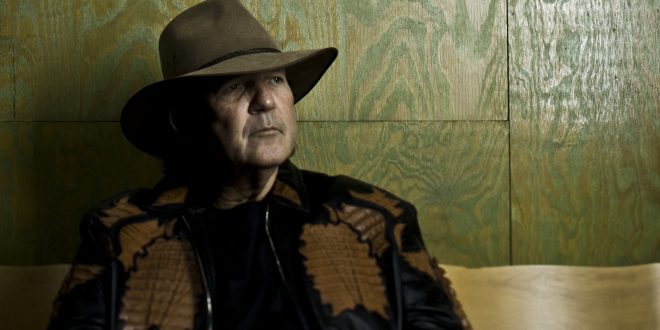 Tony Joe White is dead at 75 according to a statement released Thursday from a representative of the record label Yep Roc Music Group. White’s family confirmed the rocker died Wednesday in Nashville, Tennessee. The label did not have any details on his cause of death. Yep Roc released his last album in September called “Bad Mouthin,'” a collection of blues classics. The country bluesman and hit songwriter was known for songs like “Polk Salad Annie” and “Rainy Night in Georgia which Elvis Presley sang and performed often in the ’70s.

White was born July 23, 1943 near Oak Grove, Louisiana and his growling voice and “swamp rock” sound earned him the nickname “Swamp Fox.” Although he was a talented singer and performer, he said that songwriting is what sustained his career.

White is survived by his wife, Leann, children Michelle, Jim Bob and Jody, and several grandchildren. Funeral arrangements have not yet been finalized.

Music editor for Nashville.com. Jerry Holthouse is a content writer, songwriter and a graphic designer. He owns and runs Holthouse Creative, a full service creative agency. He is an avid outdoorsman and a lover of everything music. You can contact him at JerryHolthouse@Nashville.com
Previous Chris Tomlin First Christian Artist to Reach One Billion Pandora Streams
Next The Gibson Brothers debut “Cool Drink of Water” Video