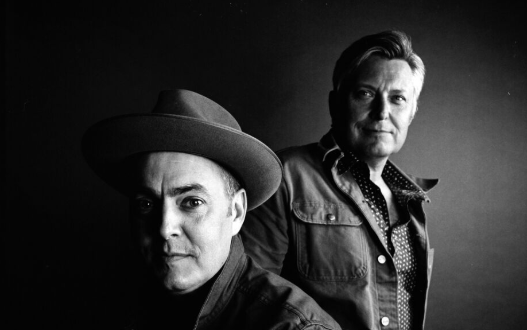 The Gibson Brothers will release their 14th album, Mockingbird, on November 9th via Easy Eye Sound. The album, produced by Grammy Award winners Dan Auerbach and Fergie Ferguson, is not just a return to form for the Gibson Brothers, but also a rebirth, and builds on the brothers’ Bluegrass legacy and finds them playing a mix of country, soul and seventies rock. “The songs on this album are the sounds we heard growing up, riding around with our dad, who was a farmer, in his pickup, or with our mom in her station wagon,” says Leigh. “This sound was on the radio.” He cites the Eagles, Bob Seger, Tom Petty, and the warm country sounds of Don Williams, Emmylou Harris and Waylon Jennings as influences for the album. Mockingbird is available for pre-order on all formats.

The Gibson Brothers have tour dates throughout the end of the year with a stop Nov 12 at Analog at the Hutton here in Nashville.

Music editor for Nashville.com. Jerry Holthouse is a content writer, songwriter and a graphic designer. He owns and runs Holthouse Creative, a full service creative agency. He is an avid outdoorsman and a lover of everything music. You can contact him at JerryHolthouse@Nashville.com
Previous Tony Joe White Dead At 75
Next Rita Wilson Makes Grand Ole Opry Debut