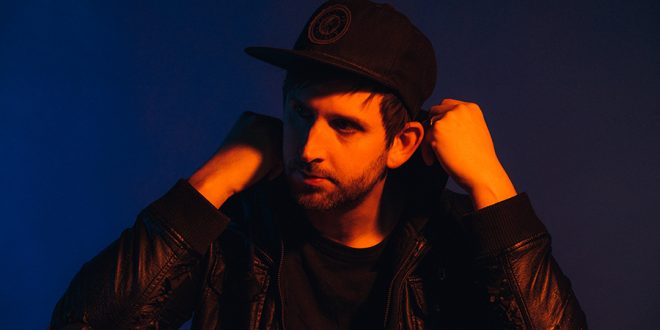 Tommee Profitt Knocks “Faking Love” Out Of The Park

Yes this is Music City but so many people still look at us as Country Music City. The list of non country music artists, musicians, producers etc. is far too many to name but one of the most impressive is Tommee Profitt.
Profitt, a native of Michigan, calls Nashville home now and has for some time. Profitt’s cover of Linkin Park’s “In The End” has accumulated over 855 million streams and continues to impact TikTok users globally by driving 200 million views weekly. He is also most notably known for his production with rapper, NF, whose Profitt-produced 2017 single, “Let You Down,” went 5x platinum, hit #1 on Billboard’s US Mainstream Top 40 chart, and surpassed a billion streams worldwide. And although he’s a talented singer/songwriter in his own right, Profitt has had his greatest success with unique cinematic releases and he’s clocked over one billion global lifetime streams with more than 200 sync placements.

His work has landed on every major TV network not to mention NETFLIX, Hulu, Amazon Prime, MTV, VH1, HBO, CNN, CW, OWN, GOLF, Freeform, Showtime and many more. Profitt makes a couple of trips to L.A. a year but for the most part does everything here. “The scene for that [TV and Film music] in Nashville is just going crazy. In the last five or six years it’s just exploded” says Profitt. “I love getting to go there [L.A.] and work for a little bit but then I get to come back. I feel like Nashville is an awesome place to raise a family and I have three kids so I would much rather do that here.”

If you’re old enough to remember Alan Parsons, Profitt is very much a modern day Parsons in that he composes and collaborates with many talented vocalists. In his latest effort, “Faking Love” (watch video above) Profitt collabs with rappers Jung Youth and NAWAS, who are based in Nashville and highlights his love for cinematic music with an urban pop vibe and knocks it out of the park. The composer is a big Black Mirror fan and incorporates that inspiration from the Netflix science fiction hit series into the “Faking Love” video. The energy builds through out the video and is like a mini movie in itself. “I’m a fan of smart phone technology, futuristic things like Tesla and Elon Musk. And every episode of the Black Mirror is kind of like a stand alone story and it always has some subtle form of futuristic technology. Like something that doesn’t really exist yet” Profitt explains.

Profitt has dabbled in country music, co-writing “Still” for Hunter Hayes with Troy Verges. “It really just felt like all of the other sessions. It felt natural and it was fun. You get with with great people and just create.” As far as future projects go Profitt says he always has at least a dozen projects going on inside his head. “I’ve actually just finished in the last five months during the quarentine, a Christmas project that I’ve been wanting to make for 15 years. Its a huge project that’s coming this fall and it’s the most excited I’ve ever been to put out a project in my life. I’ve never worked on anything harder, it’s epic.” That’s all Profitt could tease so we’ll look forward to covering that when the time comes.

Music editor for Nashville.com. Jerry Holthouse is a content writer, songwriter and a graphic designer. He owns and runs Holthouse Creative, a full service creative agency. He is an avid outdoorsman and a lover of everything music. You can contact him at JerryHolthouse@Nashville.com
Previous Ashley McBryde Goes Gold
Next 54th Annual CMA Awards Nominations Announced