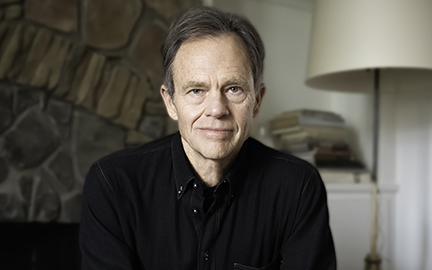 The Grand Ole Opry, in the midst of its celebration of the influential artists and music of the ‘90s, will host one of the most legendary songwriters in music, Oscar, Grammy and Golden Globe-nominated Tom Douglas, for a 6-show residency of his popular one-man show Love, Tom, where he shares stories of some of his famed songs. Love, Tom marks the first ticketed show/residency in the intimate, 80-seat Circle Room at the Grand Ole Opry House.

Love, Tom, the show that inspired the critically-acclaimed motion picture streaming on Paramount+, kicks off July 14 at 7 PM. Other show dates are July 21, July 25, July 28, August 3, and August 10. Tickets go on sale tomorrow, Friday, June 24 at 10 a.m at opry.com.

Love, Tom is part of the Opry’s “Opry Loves the 90s” celebration, as Douglas’ hit-making career began with his 1994’s Collin Raye hit “Little Rock,” a 1994 CMA Song of the Year nominee. Douglas was inducted into the Nashville Songwriters Hall of Fame in 2014. His acceptance speech grew to such popularity that Douglas began writing a one-man show and then a film based off the speech. The film, Love, Tom is now featured on Paramount+.

Some of Douglas’ writing hits include Lady A’s “I Run to You,” Miranda Lambert’s “The House That Built Me,” and Tim McGraw’s “My Little Girl.” He has also had songs recorded by Opry members Garth Brooks, Chris Janson, Martina McBride, Reba McEntire, Blake Shelton, Carrie Underwood, and Keith Urban, to name just a few.

Upcoming “Opry Loves the ‘90s” events include Billy Ray Cyrus, who’s celebrating the 30th anniversary of his iconic debut album, Some Gave All and global smash, “Achy Breaky Heart,” scheduled to throw an “Opry Loves The 90s Party” as part of the Opry show on Saturday, July 15. Artists scheduled to appear include Rhett Akins and Opry member Lauren Alaina, who has often cited many female artists from that decade as mentors and the reason she pursued a music career. The decade was lauded in her single “Ladies of the 90s,” a popular hit in 2020. An “Opry Loves The 90’s” Plaza Party” before the show is set to celebrate 30 years of “Achy Breaky Heart.”

The Opry launched the limited-time “Opry Loves The ‘90s” experience, including a new interactive tour exhibition, special in-show Opry programming, ‘90s-themed Opry Plaza Parties and surprise artist collaborations honoring one of the most celebrated decades in country music. The “Opry Loves The ‘90s” celebration runs through the end of 2022.

Music editor for Nashville.com. Jerry Holthouse is a content writer, songwriter and a graphic designer. He owns and runs Holthouse Creative, a full service creative agency. He is an avid outdoorsman and a lover of everything music. You can contact him at JerryHolthouse@Nashville.com
Previous Marcus King Debuts “Lie Lie Lie”
Next Bonnaroo 2022 Feels Like Going Home After Almost 3 Years