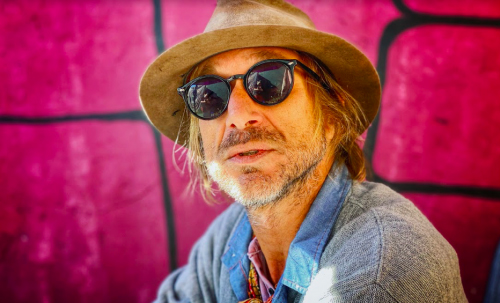 Todd Snider is headed back to the live music circuit following a year-long hiatus due to Covid-19. Beginning this month, Snider will embark on his “Return of the Storyteller” tour, an extensive cross-country trek that includes more than 50 live concert dates taking place throughout the remainder of 2021.

Snider plans to capture audio from the tour to create a special live album, The Comeback Special. The compilation will be recorded in over 50 music venues that are reopening across the country with select songs released in 2022. After a long break from the road, Snider will return to his storytelling roots filled with freshly inspired folklore and a new interactive concert experience.

“After Coronavirus, I knew I wanted to release a live album of this tour and call it The Comeback Special,” explains Snider. “Being unable to tour for more than a year has given me the opportunity to work on new songs and covers and practice old material. I want the people to be part of my upcoming album and to release something special for those that missed live concerts as much as I have.”

Snider will hit the road on July 24 with a sold-out performance at The Caverns in Pelham, TN.

Fans are invited to come out and be part of the live record as Snider takes audience requests, shares stories and performs songs from his extensive catalog, including the brand new studio album, First Agnostic Church of Hope and Wonder.

Music editor for Nashville.com. Jerry Holthouse is a content writer, songwriter and a graphic designer. He owns and runs Holthouse Creative, a full service creative agency. He is an avid outdoorsman and a lover of everything music. You can contact him at JerryHolthouse@Nashville.com
Previous WATCH: Brandi Carlile’s “Right On Time”
Next T. Graham Brown Scores Telly Award