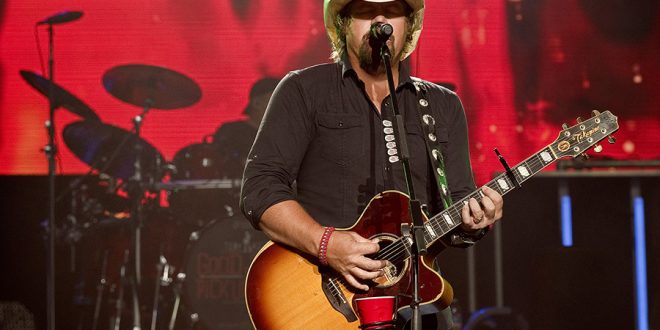 Toby Keith will release his new song “What’s Up Cuz” tomorrow, April 3, on his own Show Dog Nashville label. Written and produced by Keith and longtime collaborator Bobby Pinson, the song might be just what’s needed in a troubled world: a ripping good time.
Clocking in at just under two minutes, the new track is an upbeat and up-tempo musical buzz declaring, “Hey, what’s up cuz, Man, I got a two beer buzz.”
Released to all digital platforms this Friday, the song will also have a lyric video (releasing April 10) and infomercial. That’s right: Infomercial. 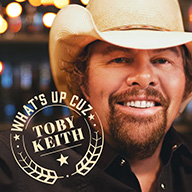 Keith is also marking the 20th anniversary of his multi-week No. 1 smash “How Do You Like Me Now?!” this month as he prepares for his Country Comes to Town summer tour. Honored with golf’s prestigious Arnie Award at the AT&T Pebble Beach Pro-Am earlier this year, he’s in the planning stages for the 17th annual Toby Keith & Friends Golf Classic benefiting The Toby Keith Foundation and OK Kids Korral, which will be held later this year at his own Belmar Golf Course near Oklahoma City.

Music editor for Nashville.com. Jerry Holthouse is a content writer, songwriter and a graphic designer. He owns and runs Holthouse Creative, a full service creative agency. He is an avid outdoorsman and a lover of everything music. You can contact him at JerryHolthouse@Nashville.com
Previous Luke Bryan Scores 24th Number One
Next CMT Announces “CMT GIANTS Kenny Rogers: A Benefit For MusiCares,”