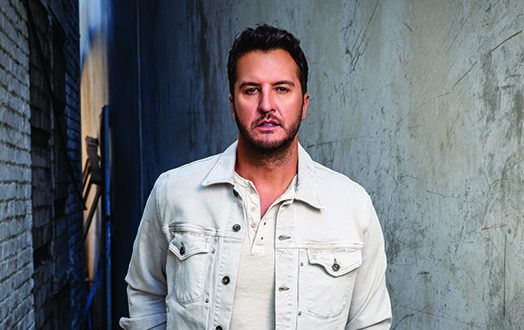 Four-time Entertainer of the Year Luke Bryan claims the #1 spot on the Billboard Country Airplay and Mediabase charts this week with “What She Wants Tonight.” The song becomes the 24th career #1 single for Luke.
Luke debuted “What She Wants Tonight,” written by Luke, Ross Copperman, Hillary Lindsey and Jon Nite and produced by Jeff and Jody Stevens, last fall.
“I felt the second we wrote this song it was special,” says Luke. “I loved every aspect of it from the melody to the lyric. So fun to enjoy this one with Ross and Jon and I’ve been wanting to have a big hit with Hillary for years!  This is an uncertain time for our country and I’m thankful to the fans who can find an escape with music. Let’s continue to look out for each other!
“What She Wants Tonight,” Luke’s previous #1 single “Knockin’ Boots,” and current digital smash and fan-favorite “One Margarita” are all from Luke’s forth coming seventh studio album Born Here, Live Here, Die Here.
This spring, Luke has returned for the third season of ABC’s American Idol, along with fellow judges Katy Perry and Lionel Richie.

Music editor for Nashville.com. Jerry Holthouse is a content writer, songwriter and a graphic designer. He owns and runs Holthouse Creative, a full service creative agency. He is an avid outdoorsman and a lover of everything music. You can contact him at JerryHolthouse@Nashville.com
Previous Marshall Chapman’s “Songs I Can’t Live Without” Drops May 15th
Next Toby Keith’s “What’s Up Cuz” Drops Tommorrow