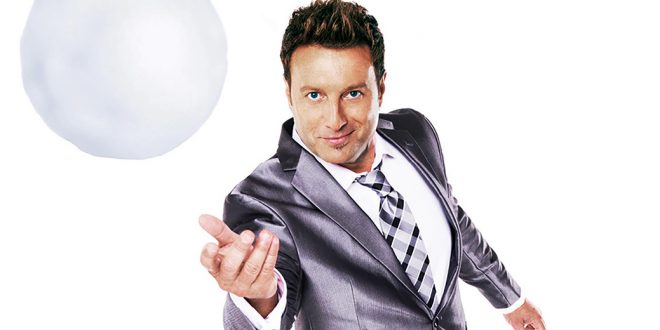 Rudy’s Jazz Room and Hippie Radio have announced Tim Rushlow & His Big Band Classic Christmas for a 10-show holiday residency at the popular Nashville speakeasy in the Gulch on December 6, 7, 8, 14 and 15. Show times for each night are at 7:00PM and 9:30PM with both General Admission dinner and show tickets and special VIP dinner and show packages that include special gift bags, a meet-and-greet, and intimate pre-show performance with Rushlow. Tickets are available here.

Nashville’s 94.5 Hippie Radio will be the presenting radio station for the Rudy’s Jazz Room residency and will also air a weekly one-hour radio show called “Tim’s Place,” hosted by Rushlow, which will debut on Sunday, October 14 at 10:00PM CT. “Tim’s Place,” sponsored by the award-winnging Belle Meade Bourbon, will showcase some of Rushlow’s own personal favorite jazz and Great American Songbook standards along with his own Billboard-charted big band songs, plus his trademark quick wit and deep knowledge of the music from the golden era of American popular music.

The New King of Swing, Rushlow and his all-star Big Band, along with his daughter and featured guest vocalist, Bailey Rushlow, will delight and entertain the crowd in the cozy, warm and intimate Prohibition-era setting of Rudy’s Jazz Room with timeless Christmas classics that will touch the heart, along with “Rat Pack” hits from Frank Sinatra, Bobby Darin and Dean Martin, as well as fan favorites from Judy Garland, Buddy Holly and many others.

Rushlow and his Big Band carry on the musical romance and swagger of an earlier era and will transport patrons back to a time when Christmas was “Classic.” Retro swing and ultra-cool, intoxicating musical class, coupled with Rudy’s tasty libations and a delicious dinner of tasty New Orleans’ finest cuisine will make for magical and unforgettable nights to remember.

Known for his high-energy performances and his ability to captivate every audience, Rushlow is first and foremost an entertainer. He first achieved multi-platinum success in the ’90s as the powerhouse lead vocalist of country super group Little Texas, with chart-toppers such as “God Blessed Texas,” “What Might Have Been” and “Amy’s Back In Austin.” A three-time Grammy nominee, CMA and ACM Award winner, Rushlow is now living his life-long dream as a curator of the Great American Songbook.

Music editor for Nashville.com. Jerry Holthouse is a content writer, songwriter and a graphic designer. He owns and runs Holthouse Creative, a full service creative agency. He is an avid outdoorsman and a lover of everything music. You can contact him at JerryHolthouse@Nashville.com
Previous Jerrod Niemann Releases “Old Glory”
Next Tanya Tucker Celebrates Her 60th Birthday In Style