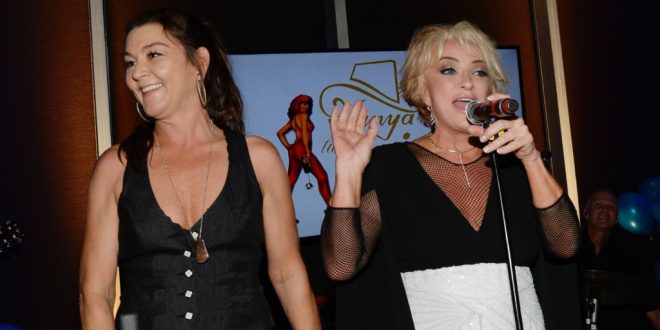 With support from Mirror Twin Brewing and Solotech Nashville, more than 11 artists performed live for Tanya and her closest friends. During an unforgettable moment on stage, Tanya joined Gretchen Wilson for a feisty performance of the smash hit “Redneck Woman.”

This month, the country music icon is on the newest cover of First for Women as she celebrates her 60th birthday this week and marks more than five decades in the entertainment business. Tanya is also putting the final touches on a new album set for release in January 2019. More details will be announced soon.

Recently, Tanya returned from the European leg of her tour and attracted the largest crowd in the history of the 24th Annual Norsk Countrytreff Festival in Norway. More than 17,600 festival goers attended the three-day event in the city of Breim.

Still fabulous at 60 years-old, Tanya performs more than 70 shows a year with a setlist that covers 3 decades of hits.

Music editor for Nashville.com. Jerry Holthouse is a content writer, songwriter and a graphic designer. He owns and runs Holthouse Creative, a full service creative agency. He is an avid outdoorsman and a lover of everything music. You can contact him at JerryHolthouse@Nashville.com
Previous Tim Rushlow & His Big Band Set for Gulch Residency
Next Christmas 4 Kids Concert at the Ryman Announces Lineup