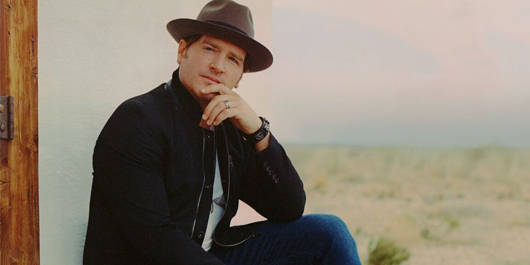 Sung from the perspective of a United States service member and inspired by real-life sacrifice, the resolute ballad is a proud expression of something far greater than run-of-the-mill patriotism, and a soulful high-water mark Niemann describes as “100% heart, 0% politics.”

Last October, Niemann was watching the news when reports of an ambush in Niger that killed four U.S. Soldiers began pouring in. Knowing he was about to embark on his second USO tour, the longtime military supporter wanted to create something special for the troops he’d soon visit.

“I would lay in bed before going overseas to play for our brave men and women and would think, What’s my duty as a civilian,” Niemann explains. “I heard some memories about missing first steps, dance recitals and funerals … and that changed me as a human being.  A year ago, I was sitting on the couch watching the news and heard about the ambush in Niger. This song just fell out of me. These Soldiers are going through so much on the battlefield together as family and they watch some of their new best friends unfortunately lose limbs or lives, and, experience PTSD. As a civilian, I want to help spread awareness. All of that combined is why I wrote ‘Old Glory.’”

“Everyone knows those Soldiers are willing to die for their country,” Niemann says, “but few think about the little things they miss every day.” Read more about the track from USO.org’s feature here.

Stressing the importance of giving back to those who serve, Niemann premiered the track to rave reviews during the 2017 USO Holiday Tour. It was just the latest example of his dedication to the troops. In 2017 he also competed on an episode of Celebrity Family Feud in honor of the USO – and since then, Niemann has continued his efforts.

With that continuing desire to lift up Soldiers in mind, Niemann was adamant that his image should not be featured on the artwork for “Old Glory.” Instead, he chose a portrait of the American flag itself as the song’s official visual – a tribute to Niemann’s grandfathers, who both served in World War II, and proof of his steadfast belief that “Old Glory” is about appreciation for the troops, not him.

Music editor for Nashville.com. Jerry Holthouse is a content writer, songwriter and a graphic designer. He owns and runs Holthouse Creative, a full service creative agency. He is an avid outdoorsman and a lover of everything music. You can contact him at JerryHolthouse@Nashville.com
Previous Hoedown on The Harpeth Opens Today
Next Tim Rushlow & His Big Band Set for Gulch Residency