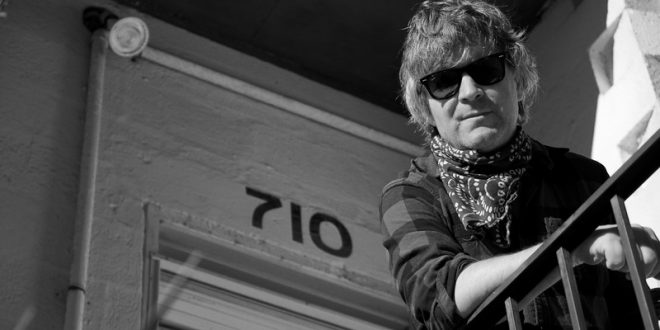 Nashville-based singer-songwriter Tim Easton, who will release his tenth solo album in August of this year on Black Mesa Records, will perform all five Tuesdays in June at City Winery from 7 to 9 pm. The residency backing band are Nashville newcomers UPSTATE MOJO , who will play their own short set of original roots music before serving as the backing band for Easton. Each week there will be a special guest singer-songwriter from the Black Oak Artists roster as the opening act, followed by Upstate Mojo, then Tim Easton. The opening act will return near the end of the set to perform one John Prine song with Easton and the band. The show begins promptly at 7 P.M. in the upstairs lounge of City Winery. The residency announcement comes ahead of a new batch of music to be released in the coming weeks via his new partnership with Black Mesa Records.

Raised in Akron, OH, singer/songwriter Tim Easton was influenced by a combination of pop icons (Beatles, Stones) and bluegrass/folk legends (Doc Watson, John Prine). After college, Easton found himself busking in the streets of Paris, London, Dublin, Amsterdam, Madrid, and Prague, on and off for seven years, at one time alongside Anti-Folk hero Beck Hansen. His folk-based songwriting brought an earthy sound to the Haynes Boys (an existing rock band that recruited Easton in the mid-’90s) and they recorded one album, Guardian Angel, for New York-based Slab Records. Easton pursued his solo career, recording his first solo album, Special 20, with friends and session musicians in Nashville.

Music editor for Nashville.com. Jerry Holthouse is a content writer, songwriter and a graphic designer. He owns and runs Holthouse Creative, a full service creative agency. He is an avid outdoorsman and a lover of everything music. You can contact him at JerryHolthouse@Nashville.com
Previous LISTEN: Jesse Lynn Madera’s “Funny Man”
Next Ronnie Milsap To Release First Solo Project In Over Seven Years