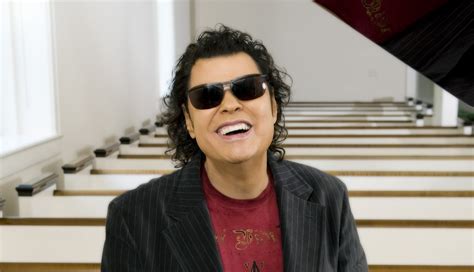 Nashville: Ronnie Milsap defined the intersection of country and soul music when he hit Nashville after working the chitlin circuit alongside dear friends Sam Moore (Sam & Dave), Stevie Wonder and Ray Charles, who advised him to pursue the record business “because I can hear the music in your heart.” After stints in Memphis, working recording sessions for Elvis where he was instructed “more thunder on the keys, Milsap,” and Los Angeles’ famed Whiskey A Go-Go, where an audition for JJ Cale’s band led to a solo booking where Charley Pride advised the blind keyboard player/vocalist to try Nashville.

Pride was right. Six GRAMMY Awards, Country Music Association Entertainer of the Year, as well as four Album of the Year Awards, an Academy of Country Music Pioneer and Career Achievement Award, 40 Country #1s and major crossover Top 40 and Adult Contemporary success with “There’s No Getting’ Over Me,” “Smoky Mountain Rain,” “Any Day Now,” “I Wouldn’t Have Missed it For the World” and Song/Single of the Year-winning “Lost in the Fifties Tonight (In The Still of the Night)” were just part of the ride to his 2014 induction into the Country Music Hall of Fame.

“You know, there’s a sweet spot musically I just love,” Milsap explains. “And it felt like it was time for my good friend Rob (Galbraith) and I to get back some of the writers who helped build my career and who understand that rhythm & blues thing I really like in my music. We have collected some amazing songs over the years, found some great songs when we decided to do a classic Ronnie record.

“And then when we got ‘Big Bertha,’ we figured if you’ve got a song about a golf club, you better get country music’s best golfer to come be part of it. So, we called up Vince Gill – and he agreed to come be part of the record, which made something pretty special even more special.” (listen above)

Following up his all-star Duets, featuring Kacey Musgraves, Willie Nelson, Dolly Parton, Billy Gibbons, Luke Bryan and George Strait, A Better Word for Love offers 10 songs of the soul country he’s inhabited for the last half-century from almost a dozen Nashville Songwriters Hall of Fame writers. Always one to celebrate music in any and every way possible, Milsap will check into the SOLD OUT Grand Ole Opry this Saturday night to launch his first true solo album in over seven years.

“There is no party like the Grand Ole Opry on Saturday night,” Milsap raves. “I know, because I’m often out on the road, but trying to listen in. We’ve got a lot to celebrate, a lot to be proud of – and for me, when it comes to country music, there is no better place to kick off a record than on the Opry and WSM!”

“Music makes the world a better place,” Milsap says. “Love songs may not change everything, but they sure speak to the heart, give people joy and maybe starting there in these crazy times is a good thing. And now, finally, we can get A Better Word for Love out to the people – and let them hear these really incredible songs from some of the very best writers in the world. When you’ve got Jim Weatherly, who wrote ‘Midnight Train to Georgia,’ Thomas Cain, Mike Reid who gave me ‘Stranger in My House,’ you’ve got something to be proud of. I can’t wait for people to listen.”

Music editor for Nashville.com. Jerry Holthouse is a content writer, songwriter and a graphic designer. He owns and runs Holthouse Creative, a full service creative agency. He is an avid outdoorsman and a lover of everything music. You can contact him at JerryHolthouse@Nashville.com
Previous Tim Easton Signs With Black Mesa Records
Next PREMIERE: Rising Star, Ava Rowland’s “Run Like Hell”