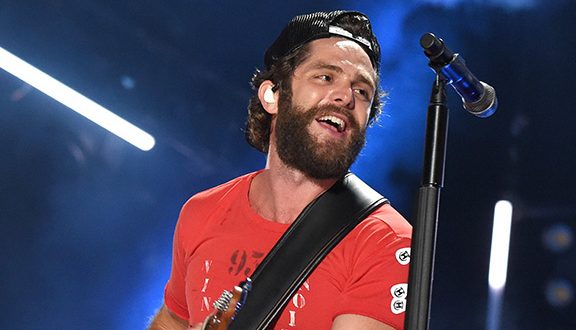 Tickets previously purchased will be honored accordingly for the rescheduled dates listed below, while tickets for newly announced dates go on-sale on to the public Friday, April 23 at 10AM local time at LiveNation.com. For any further previous ticket inquiries, fans are advised to reach out to point of purchase. For more information visit: https://www.thomasrhett.com/tour.

“I can’t even put into words what getting back out on the road means to me, my band and crew,” Thomas Rhett shared. “We’ve dreamt about this moment for a long time and I feel more rejuvenated and excited than ever to get back out there as safely as possible to connect in-person over live music again, especially with so much new material to share. There’s no feeling in the world like it – see y’all out there!”

Thomas Rhett began teasing songs as they were written on social media over the past year, receiving positive feedback from fans. With that, his upcoming fifth studio double album COUNTRY AGAIN: SIDE A (The Valory Music Co.) out April 30 began to take shape. Lead single “What’s Your Country Song” marks Thomas Rhett’s 17th career No. One single and 11th consecutive No. One – the longest active streak in the format.

Music editor for Nashville.com. Jerry Holthouse is a content writer, songwriter and a graphic designer. He owns and runs Holthouse Creative, a full service creative agency. He is an avid outdoorsman and a lover of everything music. You can contact him at JerryHolthouse@Nashville.com
Previous John Hiatt And Jerry Douglas Set To Release “Leftover Feelings”
Next Mitchell Tenpenny Joins Music Industry Advisory Board For Music City Baseball