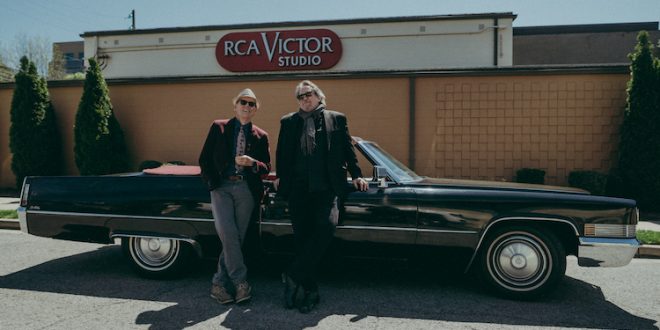 John Hiatt with The Jerry Douglas Band will release “Leftover Feelings” on May 21st via New West Records. The 11-song set was produced by Jerry Douglas and recorded at Historic RCA Studio B in Nashville, Tenn. A meeting of two American music giants in a legendary setting, Leftover Feelings is neither a bluegrass album nor a return to Hiatt’s 1980s days with slide guitar greats Ry Cooder and Sonny Landreth. There’s no drummer, yet these grooves are deep and true. And while the up-tempo songs are, as ever, filled with delightful internal rhyme and sly aggression, The Jerry Douglas Band’s empathetic musicianship nudges Hiatt to performances that are startlingly vulnerable. The collaboration follows Hiatt’s 2018 studio album The Eclipse Sessions.

Historic RCA Studio B was one of the cradles of the “Nashville Sound” in the 1950s and 60s. A sophisticated style characterized by background vocals and strings, the Nashville Sound and Studio B played major roles in establishing Nashville’s identity as an international recording center. Hitmakers in Studio B included Country Music Hall of Fame members Eddy Arnold, Waylon Jennings, Willie Nelson, Dolly Parton, Elvis Presley, and more. Songs recorded within its walls span decades, genres and emotions, with Presley’s forlorn “Are You Lonesome Tonight?” and Parton’s autobiographical “Coat of Many Colors” among them. 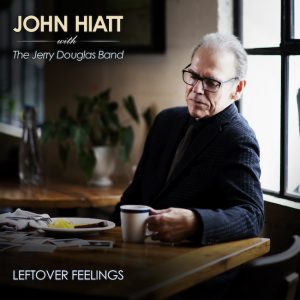 Built when Hiatt was five years old, Studio B was designed for music to be made in real time by musicians listening to each other and reacting in the emotional moment. That’s what happened here: Five players on the studio floor, making decisions on instinct rather than calculation. “I was immediately taken back to 1970, when I got to Nashville,” said Hiatt upon entering the studio. A half-century ago, Hiatt lived in a ratty, $15-a-week room on Nashville’s 16th Avenue, less than a mile away from RCA and Columbia studios that were the heartbeat of what had come to be known as “Music Row.” “You can’t not be aware of the records that were made there…Elvis, the Everly Brothers, Waylon Jennings doing ‘Only Daddy That’ll Walk the Line’ (which is referenced in the new song “The Music is Hot”). But that history wasn’t intimidating, because it’s such a comfortable place to make music.”

Watch the video for the song “Long Black Electric Cadillac,” above which premiered today. Of the video, Hiatt said, “It felt great seeing that big black convertible beauty gleaming in the early April Tennessee sun!”

Hiatt and Douglas also announced their initial tour dates in support of Leftover Feelings launching in August. Each date will feature a full set by The Jerry Douglas Band with John Hiatt joining the band for his performance to follow.

The tour includes a stop at the Ryman Auditorium on October 1, 2021 here in Nashville – View and Buy TICKETS Here

Music editor for Nashville.com. Jerry Holthouse is a content writer, songwriter and a graphic designer. He owns and runs Holthouse Creative, a full service creative agency. He is an avid outdoorsman and a lover of everything music. You can contact him at JerryHolthouse@Nashville.com
Previous Billy Dean Signs With Given Entertainment
Next Thomas Rhett Announces “The Center Point Road Tour”