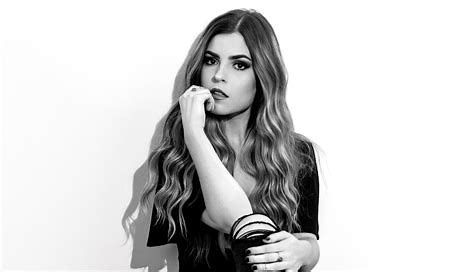 Reviver Records artist Tenille Arts was headed out for dates in Pennsylvania and Ontario last week, when she was given the exciting news she’s been hoping would come for as long as she can remember. She will enter the sacred circle and make her Grand Ole Opry debut on September 21, 2019.

“I could not be more honored and excited to be stepping on to the Grand Ole Opry stage to make my debut,” said an elated Tenille. “I have dreamed about this moment for a long time, and I can’t wait to celebrate that night with my family and friends.”

The “Call You Names” singer broke the news to her home country audience while performing at the Boots And Hearts Music Festival in Oro-Medonte, Ontario on Saturday. Following her performance on the Front Porch Stage and set at the SiriusXM VIP Barn, Tenille joined iHeartRadio’s Shannon Ella to introduce LANCO on the Main Stage.

Tenille will make two Nashville appearances this week. Tonight, she joins Kalie Shorr and other artists for the Dirt Road Divas Show at the Analog at Hutton Hotel, and she returns to Song Suffragettes on August 19.

Born and raised in the small prairie town of Weyburn, Saskatchewan, Tenille Arts picked up the guitar and penned her first song at age 13 and has been performing across the US and Canada ever since. She made her first appearance on The Bachelor in January 2018 singing her original song “Moment of Weakness.” The performance resulted in a record deal with powerhouse indie label Reviver Records. She made her second appearance on the show in January of this year performing “I Hate This.” The song hit #1 on both the U.S. and Canadian iTunes Country Charts and #9 U.S. iTunes all-genre following the episode.

Music editor for Nashville.com. Jerry Holthouse is a content writer, songwriter and a graphic designer. He owns and runs Holthouse Creative, a full service creative agency. He is an avid outdoorsman and a lover of everything music. You can contact him at JerryHolthouse@Nashville.com
Previous Cody Jinks Readies “After The Fire”
Next Americana Music Association Announces 2019 Lifetime Achievement Award Honorees