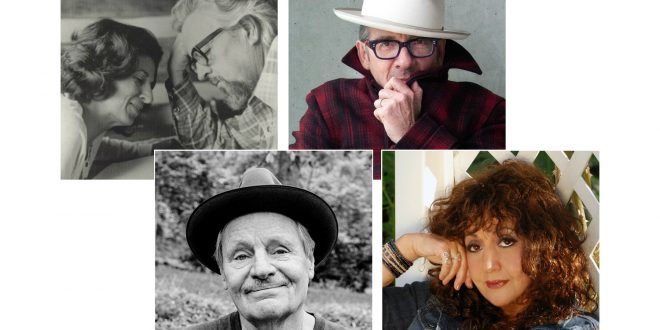 Today, the Americana Music Association® announced this year’s slate of Lifetime Achievement Award honorees for its 18th annual Americana Honors & Awards show on September 11. This group of top-honor recipients includes Felice and Boudleaux Bryant (President’s Award), Elvis Costello (Songwriting), Delbert McClinton (Performance) and Maria Muldaur (Trailblazer). Mavis Staples will be making her Honors & Awards debut as the Association recognizes her incomparable career. As previously announced, Rhiannon Giddens and the late Frank Johnson will both be honored with the inaugural Legacy of Americana Award, presented in partnership with the National Museum of African American Music. Staples and this year’s honorees will be celebrated at the prestigious ceremony held at the Ryman Auditorium, which serves as the hallmark event of the association’s 20th annual AMERICANAFEST®, taking place Sept. 10-15 in Nashville, Tenn.

The 2019 President’s Award will be posthumously given to Felice and Boudleaux Bryant, a groundbreaking husband-and-wife pairing who were known as Nashville’s first professional songwriting team. Felice had dreamed of her fateful encounter with her soon-to-be husband Diadorius Boudleaux Bryant when the two first met in 1945. The songwriting power couple went on to pen almost 6,000 songs together over the next three decades, selling over 200 million records with cuts by the Grateful Dead, Roy Orbison, Simon & Garfunkel and most notably, the Everly Brothers. With timeless classics like “Bye Bye Love” and “All I Have to Do Is Dream” under their belts, it’s no surprise that the Bryants’ musical contributions have also been largely recognized with inductions into the Songwriters Hall of Fame and the Country Music Hall of Fame® and Museum.

Elvis Costello, this year’s recipient of the Lifetime Achievement Award for Songwriting, is well-known for his unapologetically fervent approach to lyrics. Since his pub-rock debut in the late ‘70s, Costello’s punk moxie and ability to meld an array of influences have made him one of the most innovative songwriters to come along since Bob Dylan. Backed by his famous band the Attractions, he quickly made a name for himself with albums that dove into several genres from garage-rock and reggae to soul and more. Costello’s solo endeavors have found him collaborating with T Bone Burnett, Paul McCartney and the late Allen Toussaint. Whether he was exploring a rootsier palette alongside Burnett, practicing classical compositions with the Brodsky Quartet or self-producing with the Imposters, this incomparable songwriter’s musical versatility is anchored by his distinctive take on love and politics, running an unmistakable common thread throughout his body of work.

Nobody knows how to light up the stage quite like multi-GRAMMY® winner Delbert McClinton, who will be receiving the 2019 Lifetime Achievement Award for Performance. From his early bands The Straitjackets and The Rondels to his current iteration with the Self-Made Men + Dana, he continues to sell out concert halls coast to coast. Following his rise as a prominent figure in the flourishing Texas music scene of the mid-‘70s and ‘80s, McClinton’s impact ultimately expanded beyond state lines. The roots music veteran began his highly lauded career as a professional harmonica player before becoming a formative artist who has since recorded award-winning as well as chart-topping works, including his funk-inflected staple “Giving It Up for Your Love” (1980). McClinton has graced many distinguished stages throughout the last six decades, lending his palpable energy and dynamic stage presence to performances on Saturday Night Live and Austin City Limits, to name a few. As Lyle Lovett lovingly puts it, “If we could all sing like we want to, we’d all sound like Delbert McClinton.”

After coming up through the folk music revival of the 1960s, Maria Muldaur, this year’s Americana Trailblazer Award recipient, performed with a handful of groups including Jim Kweskin & The Jug Band where she became instrumental in reinvigorating Appalachian roots music and preserving its place outside of the great American songbook. After their disbandment and a divorce from her then-husband Geoff who was also in the group, she found an opportunity to reassess her own artistic vision. In 1973, Muldaur’s solo debut signaled the start of a promising path for someone who was willing to carve out her own space in the music industry, beginning with her GRAMMY®-nominated classic, “Midnight at the Oasis.” What followed was a fruitful journey that saw Muldaur delving into the growing umbrella of Americana music, seamlessly switching lanes from folk and country to gospel and blues with masterful ease. The latter became a particular sweet spot that’s led to critically acclaimed collaborations with blues titans Dr. John, Bonnie Raitt and Mavis Staples. Today, Muldaur continues to charm audiences by sharing passionate matters of the heart with her alluring voice.

2007 “Spirit of Americana” Free Speech Award Honoree Mavis Staples will be recognized at this year’s Americana Honors & Awards as the Association celebrates her nearly seven-decade career and inspiration as an enduring pillar of hope and justice. Since her breakthrough as a family member of the uplifting gospel group The Staple Singers during the divisive Civil Rights Movement to her revered solo career today, the 80-year-old soul icon understands what it means to carry on. Staples has constantly used her commanding voice — both in action and in song — to instill perseverance in listeners across multiple generations, while also reminding America that the fight for true equality is still alive and well, and so is she. The Kennedy Center Honoree’s latest album, “We Get By,” serves as a touchstone for her timely message of love, faith and joy.

As previously announced, Rhiannon Giddens and the late Frank Johnson, a pioneering American folk musician and brass band leader from the Antebellum era, will be honored with the inaugural Legacy of Americana Award. In partnership with the National Museum of African American Music, this new award aims to shine a light on both of these musicians’ unparalleled influences on American roots music.

“We are beyond humbled to honor this group of incredibly venerable musicians,” said Jed Hilly, Executive Director of the Americana Music Association. “All of these artists are luminaries in their own right and have helped to build a perennial foundation for Americana music to prosper as an art form today. Our community looks forward to welcoming them with open arms on our biggest night of the year in September.”

In addition to these top Lifetime Achievement Awards, the association also honors distinguished members of the music community with six member-voted annual awards, revealing the winners on Americana music’s biggest night at the Ryman Auditorium. View this year’s nominees here.

Described by Emmylou Harris as “the shining star of Nashville and music everywhere,” the Americana Honors & Awards has been broadcast in years past on CMT, Austin City Limits via PBS, AXS TV and via SiriusXM Radio, BBC2, WMOT, WRLT, WSM, Voice of America and NPR Music – with the awards show being the most-streamed music event on NPR Music for three consecutive years.

Music editor for Nashville.com. Jerry Holthouse is a content writer, songwriter and a graphic designer. He owns and runs Holthouse Creative, a full service creative agency. He is an avid outdoorsman and a lover of everything music. You can contact him at JerryHolthouse@Nashville.com
Previous Tenille Arts Will Make Ole Opry Debut on September 21st
Next Hunter Hayes Teases New Album With Cryptic Social Media Posts