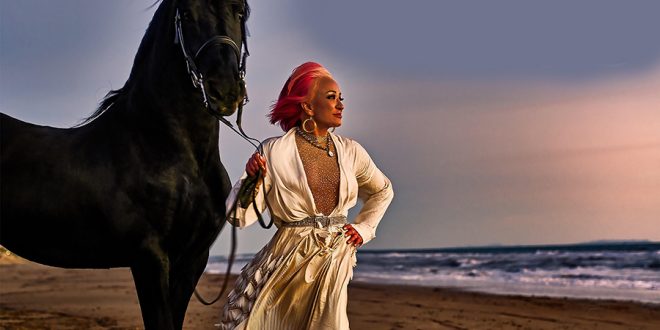 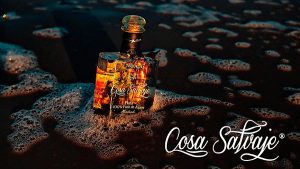 Tanya Tucker has conquered the music industry for more than five decades and is now launching Cosa Salvaje Tequila with founder Elle France. Cosa Salvaje is a silver spirit distilled by the family-owned Partida Distillery in Jalisco, Mexico from very mature Blue Agave plants, which results in a smooth, crisp taste. Stunning portraits for Cosa Salvaje by photographer Steven Lyon capture Tanya on a majestic Friesian horse on the sandy white beaches in Malibu, California.

Cosa Salvaje translates as “wild thing” in Spanish. “I used to be a wild thing, now I just drink a wild thing! I truly love the taste of Cosa Salvaje and certainly wouldn’t be partnering with it if it didn’t pass my taste test. All my friends did a blind test with different tequilas and Cosa Salvaje was the hands down winner, so I know everyone else is going to enjoy it as much as I do. What’s even more important to me is how the agave and distilling process is environmentally conscious, so we’re taking care of our planet too,” Tanya Tucker said.

Every Cosa Salvaje bottle is handmade out of recycled glass. “Cosa Salvaje bottles are truly a work of art and we’re changing the face of the tequila drinking experience. Cosa Salvaje is smooth enough to sip and the taste is perfect for even non-tequila drinkers. We’re ecstatic to be in business with a global icon like Tanya,” CEO/Founder Elle France said.

Distributed by Garcia International Beverages, Cosa Salvaje retails for under $50.00 per bottle and is available online at CosaSalvajeTequila.com.

At the age of 13, Tanya captured the attention of the world with her breakout hit “Delta Dawn,” and soon became a household name as the youngest female to grace the cover of Rolling Stone. The headline, “You’re Gonna Hear From Me,” bolstered her into international stardom as she blazed a trail in entertainment as the original female country outlaw. Dubbed as the female Elvis, Tanya achieved mainstream chart-topping success over five decades with 15 No. 1 hits, 41 top 10 hits and 23 top 40 albums. A 10-time Grammy nominee, Tanya’s accolades include two CMA Awards, two ACM Awards, three CMT Awards and the prestigious ACM Honors Cliffie Stone Pioneer Award.

Music editor for Nashville.com. Jerry Holthouse is a content writer, songwriter and a graphic designer. He owns and runs Holthouse Creative, a full service creative agency. He is an avid outdoorsman and a lover of everything music. You can contact him at JerryHolthouse@Nashville.com
Previous Jerry Lee Lewis Transferred To Rehabilitation Center
Next ASCAP Nashville Announces Songwriters Selected For 8th Annual GPS Project