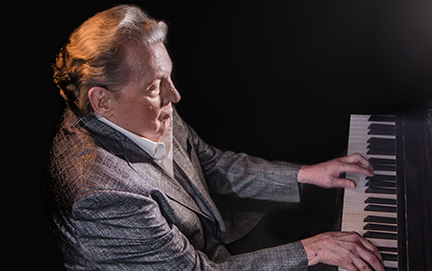 After suffering a stroke and spending two weeks in the hospital, Jerry Lee Lewis has been transferred to a rehabilitation center.

“Jerry Lee Lewis is expected to fully recover with aggressive and intensive rehab. From what I have seen thus far, he is heading in the right direction,” said Dr. Rohini Bhole, M.D., Lewis’ Neurologist.

As such, Jerry Lee Lewis will unfortunately have to cancel his appearances on April 28 at the New Orleans Jazz Festival, May 18 at the Tennessee Theatre in Knoxville, Tenn. and on June 8 at The Birchmere in Alexandria, Va. The Rock and Roll Hall of Famer greatly appreciates the prayers and well wishes he’s received from fans all over the world. He wants them to know he can’t wait to get back onstage and into the studio to make his Gospel record.

Music editor for Nashville.com. Jerry Holthouse is a content writer, songwriter and a graphic designer. He owns and runs Holthouse Creative, a full service creative agency. He is an avid outdoorsman and a lover of everything music. You can contact him at JerryHolthouse@Nashville.com
Previous Country Music Hall Of Fame Announces 2019 Inductees
Next Tanya Tucker Launches New Tequila Brand