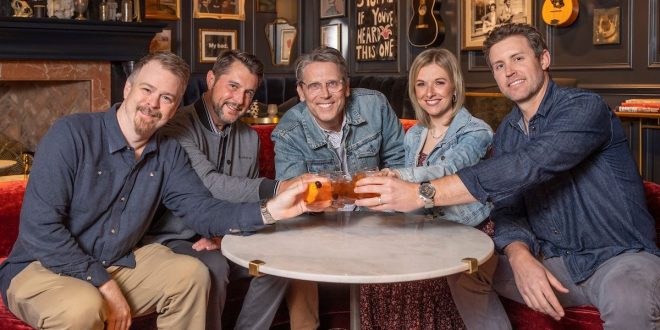 EMG President Michael Martin shares, “One of the standout reasons I left ASCAP a few years ago to start EMG was the opportunity to work with Travis. I’ve been fortunate to walk with him on his journey from A&R to publishing and to witness his impact as a writer and lyricist on our music community. The entire EMG family loves working with Scooter, and we’re thrilled to enter this new and exciting season with the Warner Chappell team.”

Warner Chappell Nashville Vice President of A&R Ryan Beuschel adds, “I’ve been a huge fan of Scooter’s since 2005 when I first heard his self-penned mega-hit, “Anything but Mine.” I’ve always admired his ability to paint pictures with poignant lyrics and stories that make the listener feel like they’re watching a music video unfold in their mind. It’s a dream come true to have Scooter in the Warner Chappell family!”

Carusoe has lived and worked in the Nashville music community for over two decades and co-founded independent music publisher Carnival Music. Over the course of his career he has had a hand in over 20 #1 hits, including Darius Rucker’s “For the First Time,” Eldredge’s “Wanna Be That Song” and “Mean to Me,” and Chesney’s “Better as a Memory” and “Anything but Mine.” His songs have been performed on the Grammys, the CMA Awards, and the ACM Awards, and have earned multiple NSAI, ASCAP, and SESAC awards. His works have been recorded by Rascal Flatts, Lady A, Uncle Kracker, Dierks Bentley, Kane Brown, Sugarland, Gary Allan, Jordan Davis, Chase Rice, Eli Young Band, Lee Brice, and more.

Music editor for Nashville.com. Jerry Holthouse is a content writer, songwriter and a graphic designer. He owns and runs Holthouse Creative, a full service creative agency. He is an avid outdoorsman and a lover of everything music. You can contact him at JerryHolthouse@Nashville.com
Previous CMA Fest Announces Lineup For Ascend Amphitheater
Next LISTEN: Lizzy McAlpine’s “Weird” Featuring Laura Elliott