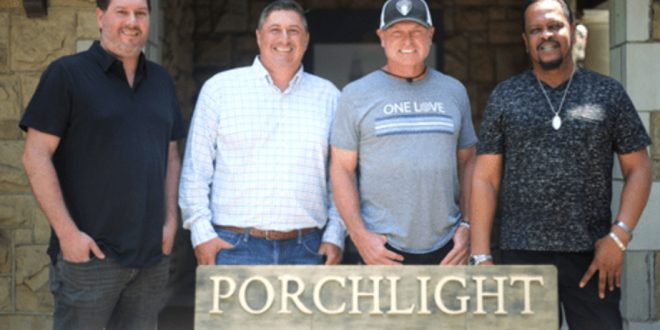 Porchlight Music has announced the re-signing of multi-award-winning hit singer/songwriter Tim James to their roster. James is known for his genuine and heartfelt lyrics and keen sense of humor that connect him with his audience and make him a dynamic and relatable artist. James’ latest release, “Let It Slide,” is a collaboration with the late Leslie Jordan, LOCASH, and Blanco Brown. The single was co-written with Danny Myrick and released on BBR Music Group/BMG’s Wheelhouse Records earlier this month.

The Music City native grew up just down the road from the country music capital of the world in Murfreesboro, Tennessee. However, he took a more roundabout way of becoming a hit songwriter in the genre. James began his professional music career in L.A. playing the club circuit and writing but it wasn’t until approximately ten years later that he moved back to Tennessee, signed his first publishing deal, and had his first #1 song. “I was 37 when I signed my first deal, 40 when I had my first cut, and 41 when I had my first #1 song. That song, ‘My List,’ recorded by Toby Keith, turned out to be a 5-week #1 song and went on to be the most-played song of the year in 2002. It has since been on albums that have sold over 10 million copies. That opened the doors for James and as the saying goes, “the rest is history.”

The prolific writer has since had cuts by Montgomery Gentry, Alabama, Chris Young, Buddy Jewell, Craig Morgan, Point Of Grace, and Lee Ann Womack to name a few. Some of James’ chart-topping singles include “He’s Mine” (Rodney Atkins), “Give It All We Got Tonight”, (George Strait’s 60th #1 song), and in 2015, James, Darius Rucker, and Rivers Rutherford wrote two songs, “So I Sang” and the title track “Southern Style” for Rucker’s #1 album Southern Style and Chris Stapleton’s “Either Way” from the Grammy-winning Album Of The Year, From A Room, Volume 1. James also received an ASCAP award for “It’s Good To Be Us” (Bucky Covington), a BMI award for “Holler Back” (The Lost Trailers), and was nominated for the ACM Song Of The Year with “Love Like Crazy” recorded by Lee Brice which still stands as the longest-running song in the history of the Billboard Charts.

Music editor for Nashville.com. Jerry Holthouse is a content writer, songwriter and a graphic designer. He owns and runs Holthouse Creative, a full service creative agency. He is an avid outdoorsman and a lover of everything music. You can contact him at JerryHolthouse@Nashville.com
Previous Thomas Rhett Marks His 20th Number One Song
Next Marty Stuart Celebrates 30 Years As Opry member