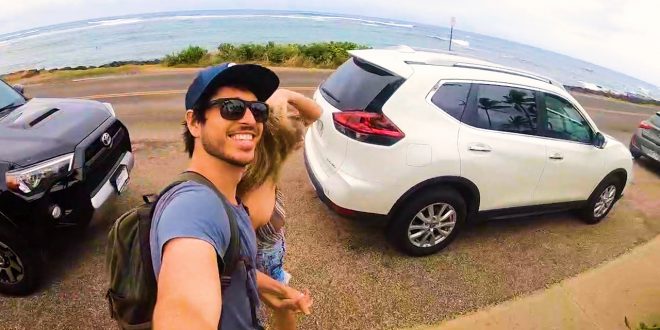 Up-and-comer Morgan Evans is giving fans a glimpse into paradise with a brand new music video for his feel-good groove “Day Drunk.” The clip is available today, premiering exclusively on ETonline.

Featuring the singer-songwriter, the self-shot music video follows Evans on a Hawaiian adventure. Surfing and soaking up the sun, Evans cruises the scenic island to the tune of the upbeat summer jam with his wife, Kelsea Ballerini.

“I’ve never been the drinking song guy, but this song came from a real place and is really more about spending a day with your person than it is about just going getting drunk,” Evans tells ET. “There’s a reason why I love it so much and feel like I can sing it.”

The Australia native is currently crisscrossing the country on his 10 IN 10 TOUR, set for a jam-packed show tonight (6/28) in New York City. Just announced, he will perform on the July 2 episode of ABC’s hit romance reality series The Bachelorette.

Music editor for Nashville.com. Jerry Holthouse is a content writer, songwriter and a graphic designer. He owns and runs Holthouse Creative, a full service creative agency. He is an avid outdoorsman and a lover of everything music. You can contact him at JerryHolthouse@Nashville.com
Previous TONIGHT: Welles At The Basement
Next Josh Gracin Prepares To Entertain The Troops In Kuwait